"Kate suffered from depression and anxiety for many years," Andy Spade said in a statement. "She was actively seeking help and working closely with her doctors to treat her disease, one that takes far too many lives." 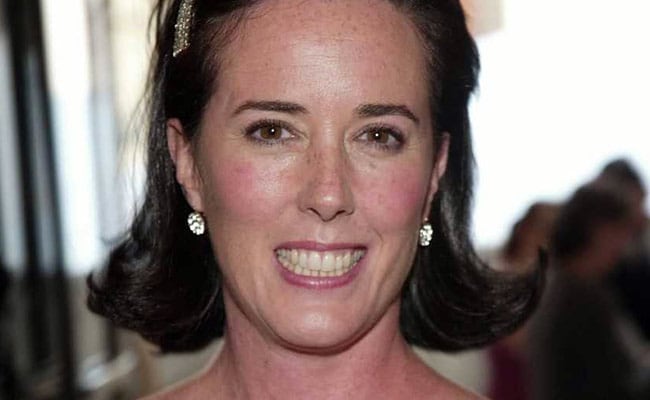 Kate and Andy were married in 1994, one year after founding her eponymous brand.

Kate Spade's husband Andy said Wednesday that the fashion designer was being treated for depression and anxiety in the years leading up to her death by apparent suicide this week.

"Kate suffered from depression and anxiety for many years," Andy Spade said in a statement, which was published in full by the New York Times. "She was actively seeking help and working closely with her doctors to treat her disease, one that takes far too many lives."

He did not specify a particular condition, but said she had been seeing a doctor and taking medication and did not use other substances or alcohol.

Andy, who said that he and his wife had been living in separate apartments for the past 10 months, said that the two had spoken the night before her death, and that "she sounded happy."

"There was no indication and no warning that she would do this," he said. "It was a complete shock. And it clearly wasn't her. There were personal demons she was battling."

Andy said that the two lived near each other, spoke or saw each other daily, and continued to take vacations together. Their daughter, Frances Beatrix, who spent time with each of them, was with Andy when her mother died, the Times reported.

After her death on Tuesday, reports pegged to unnamed police officials circulated that said she had left a suicide note for her daughter. Andy said he had not seen the note.

"I am appalled that a private message to my daughter has been so heartlessly shared with the media," he said.

Kate and Andy were married in 1994, one year after founding her eponymous brand, famous for its handbags and accessories. Andy said that the couple had never discussed divorce.

Promoted
Listen to the latest songs, only on JioSaavn.com
"We were not legally separated," he said. 'We were best friends trying to work through our problems in the best way we knew how. We were together for 35 years. We loved each other very much and simply needed a break."