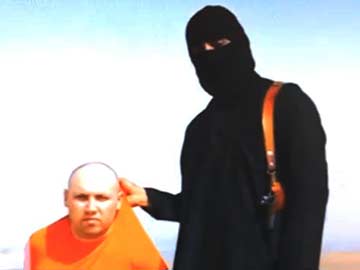 Image made from a video released by IS militants shows Steven Sotloff being held by the militant group. (Associated Press Photo)

Washington: The White House says it has determined that a video showing the brutal killing of freelance journalist Steven Sotloff is authentic.

In the Sotloff video, a masked militant warns President Barack Obama that continuing airstrikes against the group in Iraq will be met with the killing of more Western captives.

Promoted
Listen to the latest songs, only on JioSaavn.com
Sotloff is a 31-year-old Miami-area native who freelanced for Time and Foreign Policy magazines. He vanished in Syria in August 2013.

National Security Council spokeswoman Caitlin Hayden announced the U.S. intelligence community's assessment of the video in a statement on Wednesday.