Joe Biden, who was vice president in the Obama administration, sat down facing the former president in a chair across a room for a "socially distanced" conversation. 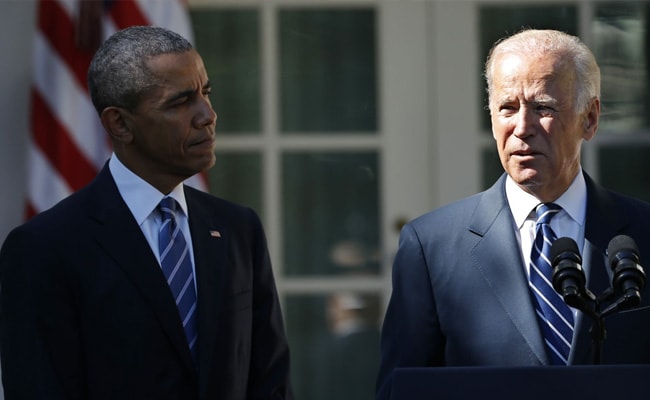 In response, Trump attacked Obama and Biden on Twitter.

Biden, who was vice president in the Obama administration, sat down facing the former president in a chair across a room for a "socially distanced" conversation.

Both men released the video on Twitter, where Obama has 120.8 million followers, the most on the platform.

Every day I hear from folks who tell me how important health care is to their families - well, it's deeply personal for President @BarackObama and me, too. I'll fight to protect and build on Obamacare and make sure everyone gets the care they need.

"Can you imagine standing up when you were president, saying, 'It's not my responsibility?'" Biden asked Obama, referring to Trump's efforts to evade criticism for the pandemic response.

"Those words didn't come out of our mouths when we were in office," Obama replied.

In response, Trump attacked Obama and Biden on Twitter.

"Remember, I wouldn't even be here if it weren't for them," he wrote on Thursday. "They did a terrible job!"

Obama, who wouldn't even endorse Biden until everyone else was out of the primaries (and even then waited a long time!), is now making a commercial of support. Remember, I wouldn't even be here if it weren't for them. I wouldn't be President. They did a terrible job!

With traditional campaigning still in limbo due to the pandemic, the video offered a glimpse of how Obama - still overwhelmingly popular among Democratic voters - may be deployed to build enthusiasm for November's presidential election.

During their first in-person meeting since Biden became presumptive Democratic nominee, they spoke about the need to expand on the Affordable Care Act, also known as "Obamacare," their administration's signature program that vastly expanded U.S. healthcare coverage.

The Trump administration has petitioned the U.S. Supreme Court to invalidate the ACA.

"It is hard to fathom anybody wanting to take away people's health care in the middle of a major public health crisis," Obama said.

They also discussed Biden's ability to empathize, a trait his campaign has stressed to contrast him with Trump.

"I don't understand his inability to get a sense of what people are going through," Biden said. "He can't relate in any way."

Obama said, "It is a sign of leadership when you are willing to hear other people's experiences."