Jeff Bezos' company has also invested more than $200 million in a rocket-making facility near NASA's Kennedy Space Center in Florida. 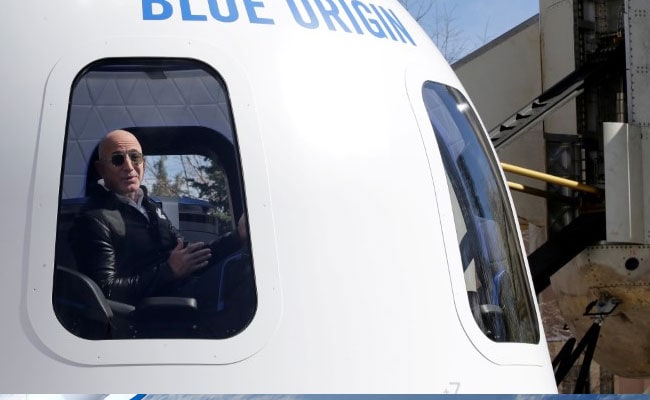 Like Elon Musk, Jeff Bezos is passionate about the prospect of humans living and working in space.

Amazon.com founder Jeff Bezos is racing to pull his private space company out of start-up mode and move into production amid signals that his firm's heavy rocket set for lift-off in 2020 may slip behind schedule, according to people familiar with the project.

Blue Origin has added hundreds of engineers over the past three years and continues to ramp up in an expansion that one employee described as "hyperbolic." The Kent, Washington-based company is looking to double its current workforce to around 3,000 employees over the next two to three years, a top customer told Reuters.

The urgency centers on a rocket dubbed New Glenn. The heavy-launch vehicle, which Bezos promises will be able to haul satellites and, eventually, people into orbit, is central to the company's hopes of winning lucrative military and commercial contracts.

New Glenn's first-stage booster will be reusable, a key piece of Bezos' strategy to lower costs and increase the frequency of launches. Blue Origin executives have stated publicly that test flights will begin within two years.

But whether Blue Origin can hit that mark remains to be seen. 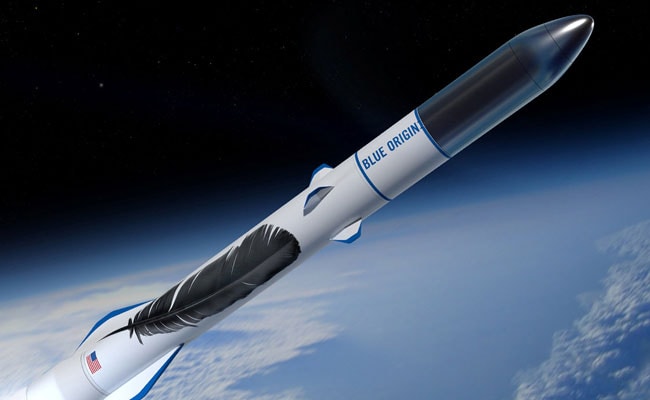 The heavy-launch vehicle, which Bezos promises will be able to haul satellites.

With the clock ticking on 2020, company engineers are still finalizing details on New Glenn's design and just beginning to build model components that must be put through extreme testing, people familiar with the project said. They requested anonymity because they are not authorized to speak publicly.

Blue Origin has privately acknowledged in conversations with French satellite firm Eutelsat SA - its first New Glenn customer - that its 2020 time frame is "very aggressive," a person with direct knowledge of talks between the companies said.

The firms have padded their contract, which covers the launch of a geostationary satellite in the period 2021-2022, so that Blue Origin will incur no penalties if it is late, the person added. Yohann Leroy, Eutelsat's Deputy Chief Executive Officer, declined to discuss details of his company's contract with Blue Origin, but said he was optimistic New Glenn will be ready to carry his firm's satellite by the end of 2022. "Of course, I cannot guarantee that they will respect their initial timeline, but we are confident that they will not be very far from it," Leroy said.

A Blue Origin spokeswoman did not respond to requests for comment about the company's hiring practices, strategy or competitive challenges. The private firm has been tight-lipped on New Glenn's production status and plans for bringing it to market.

Mounting a successful test in 2020 would give Blue Origin its best shot at fending off competing rockets and new ones expected to enter the market in the next few years, analysts said.

Rivals include aerospace stalwarts United Launch Alliance, a partnership between Boeing Co and Lockheed Martin; and France's ArianeGroup, a joint venture between Airbus and Safran. Japan and China are likewise designing reusable rockets.

But 18 years after its founding, Blue Origin has found itself lagging a competitor closer to home: SpaceX.

Founded by Tesla Inc Chief Executive Elon Musk, the Hawthorne, California-based company has upended the space industry with its relatively low-cost reusable Falcon 9 rockets. SpaceX has completed more than 50 successful Falcon launches and snagged billions of dollars' worth of contracts, including deals with NASA and the U.S. Department of Defense.

SpaceX in February transfixed a global audience with the successful test launch of its newest rocket, the Falcon Heavy, the most powerful operational rocket in the world.

Musk had predicted "game over" for other makers of heavy rockets if his launch succeeded.

The good news for Blue Origin is that demand for satellite launch services is projected to soar.

Around 800 small satellites are expected to launch annually beginning around 2020, more than double the annual average over the past decade, according to Marco Caceres, senior space analyst with Fairfax, Virginia-based Teal Group.

"If New Glenn can be ready in the next two years (Blue Origin) may be able to seize that window of opportunity," he said.

Like Musk, Bezos is passionate about the prospect of humans living and working in space.

Now the world's richest man, thanks to the success of online retailer Amazon, Bezos has been liquidating $1 billion of its stock annually to fund his interplanetary dreams.

He set up Blue Origin in a warehouse some 20 miles (32 km) south of Seattle. The company's Latin motto means "step by step ferociously," a reference to Bezos' belief that success comes through steady, incremental progress.

But after nearly two decades, and with the private space race heating up, Bezos is intent on moving closer to commercialization, three Blue Origin employees told Reuters.

Part of those efforts include selling sightseeing trips to the edge of space aboard another Blue Origin rocket dubbed the New Shepard, with ticket prices in the $200,000-$300,000 range.

Blue Origin also is vying to supply its BE-4 engine to United Launch Alliance to power its forthcoming Vulcan rocket, ULA said.

The recent hiring binge has focused mainly on throwing talent at the New Glenn, and has included more than 60 engineers who worked previously for SpaceX.

Blue Origin's workforce of more than 1,500 has more than doubled from its early 2016 levels, three employees said. Its ranks are expected to double again by the time New Glenn is flying, Eutelsat's Leroy said. By comparison, SpaceX has more than 6,000 employees.

Bezos' company has also invested more than $200 million in a rocket-making facility near NASA's Kennedy Space Center in Florida.

Still, Leroy said he expects to see a New Glenn prototype no sooner than mid-2019.

In the meantime, NASA, the U.S. Air Force and satellite companies are directing business to SpaceX.

"Nobody disputes that with the investment they're making they won't eventually be successful, but how and when they become reliable is still uncertain," Desch said.

(Except for the headline, this story has not been edited by NDTV staff and is published from a syndicated feed.)
Comments
Jeff BezosAmazon.com founderInvested