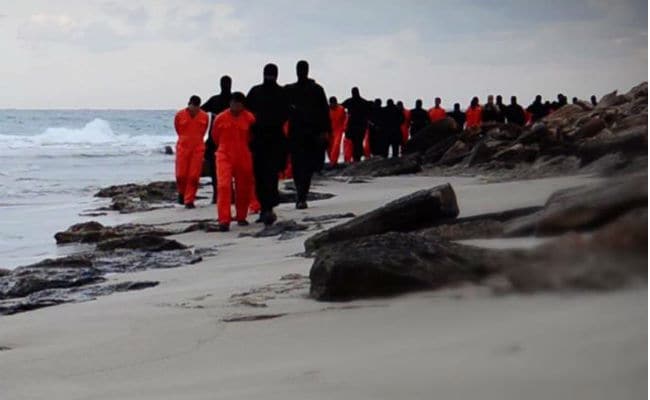 The Islamic State group released a video on Sunday purportedly showing the beheading of Egyptian Coptic Christians the jihadists say they captured in Libya.

The footage released online shows handcuffed hostages wearing orange jumpsuits being beheaded by their black-suited captors on a seashore in the Libyan capital of Tripoli.

In the latest issue of the IS online magazine Dabiq, the group said 21 Egyptian hostages were being held, and pictures showed a similar background.

The video, titled "A message signed with blood to the nation of the cross", has a scrolling caption in the first few seconds saying it is directed at "People of the cross, followers of the hostile Egyptian Church".

Sunday's video comes just days after the IS released a video showing the gruesome burning alive of a Jordanian pilot it captured after his F-16 came down in Syria in December.

In January, the IS branch in Libya claimed it had abducted 21 Christians.

A spokesman for the Egyptian foreign ministry confirmed to AFP in Cairo that 20 Egyptians had been kidnapped in two separate incidents in neighbouring Libya.

Badr Abdelatty did not say when they were seized or specify their religious affiliation, but said seven Egyptians and 13 others abducted separately in Libya "are still being detained" by their captors.