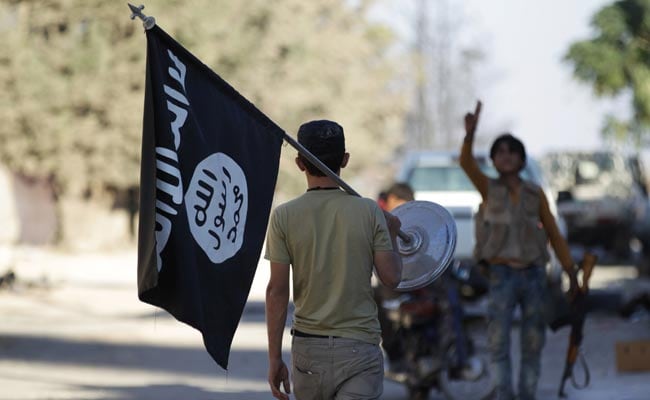 ISIS-linked terror groups launched an attack near Golan Heights, near borders of Israel and Jordan

Amman, Jordan: ISIS-linked Syrian terrorist groups on Monday launched a surprise attack on moderate rebels in southwestern Syria near the Golan Heights near where the Jordanian and Israeli borders converge, seizing several villages and a large town, rebels and witnesses said.

Rebels said the terrorists were able to extend their area of control in territory that forms a natural barrier between Syria and Israel where the Yarmouk River flows after they overran the towns of Tseel, Sahem al Golan, Adwan and Tel Jamoua.

"In a surprise attack ISIS made an attack on positions held by the Free Syrian Army FSA groups which no one expected to happen so fast," said Colonel Ismail Ayoub, a Syrian opposition army defector.

The terrorists launched a wide-scale dawn attack from their enclave where they are entrenched in the towns of Jamla, Ain Zakar Nafaa and al Shajra, deploying dozens of armoured vehicles and several tanks to overrun nearby towns aided by sleeper cells among locals who helped the attackers, two rebel sources said.

The jihadists were later driven out of at least two villages - Jileen and Heet - after a counteroffensive by Southern Front groups, an alliance of FSA factions that coordinates operations from a joint command centre in Jordan, said Abu Yahya, a rebel official in the Jabhat Thwar Surya faction.

It includes groups that have received some support from foreign states including Gulf Arab governments.

The Sunni hardline terrorists are members of the so-called Khalid Ibn Al Walid Army, a grouping set up last year from a merger of two main terrorist jihadist factions who are believed to have pledged allegiance to ISIS and now control the strip of territory southeast of the Golan Heights.

Jordanian army units stationed along the border were put in a state of heightened readiness, a Jordanian security source said, and residents in the area said sounds of mortars were heard clearly from the fighting across the border.

A rebel official told Reuters that several FSA rebel groups were expected to get fresh supplies of arms from Jordan in the next few weeks to beef up their defences against the ultra-hardline Sunni radicals.

Earlier this month the Jordanian air force said it conducted air strikes against the terrorists in the area, destroying an ammunition depot, a car bomb factory and barracks.

Terrorists had reportedly executed several people in Tseel, the largest town that fell into terrorists' hands on Monday and which has been a haven for tens of thousands of displaced peoples

Tseel and most of the area captured by the terrorists had until early last year been in their hands until an alliance of FSA groups and rival Islamist groups wrested control and then managed to lay siege on their territorial enclave.

The ultra-hardline terrorist's offensive came as heavy fighting between rebels and the Syrian army entered its second week in Deraa city, nearly 40 km (25 miles) east of the Yarmouk Valley, in the first such surge of violence in over a year and a half.

The timing of the ISIS-affiliated group's offensive has prompted accusations they had exploited the preoccupation of the FSA rebels in ongoing battles with the Syrian army.

Rebel advances in a strategic district held by the army have prompted Russia to wage an intensive bombing campaign of rebel-held parts of the southern city for the first time since Moscow's major intervention in September 2015.

Promoted
Listen to the latest songs, only on JioSaavn.com
The capture of Manshiya district would put the remaining government-held part of the city within firing range of the rebels and thwart repeated army attempts to rupture supply lines linking rebel-held areas to the east and west of the city.