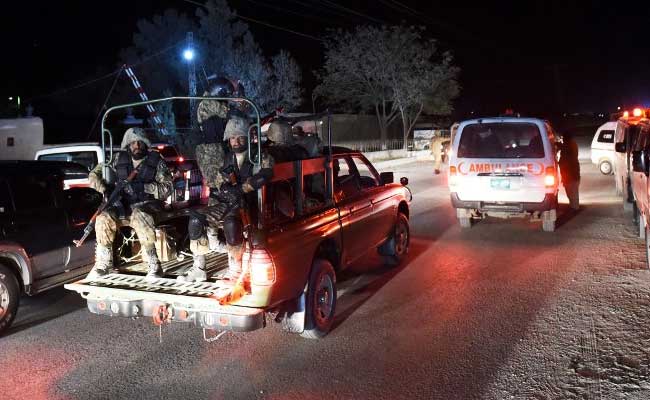 59 people were killed and over 100 injured during the attack in Quetta.

Islamabad: Terrorist group ISIS today claimed responsibility for an attack on a police academy in the Pakistani city of Quetta, in which masked gunmen killed at least 59 people and wounded more than 100.

The attack was carried out by "Islamic State fighters", the group's Amaq news agency said.

In August, ISIS claimed responsibility for an attack on a gathering of mourners at a hospital in Quetta that killed 70 people.

Promoted
Listen to the latest songs, only on JioSaavn.com
But that attack was also claimed by Pakistani Taliban faction Jamaat-ur-Ahrar.