Inside US Raid On ISIS Chief: Months Of Preparation, Then A Deadly Blast

US President Joe Biden, who monitored the raid from the White House's Situation Room, called Quraishi's suicide a "final act of desperate cowardice." 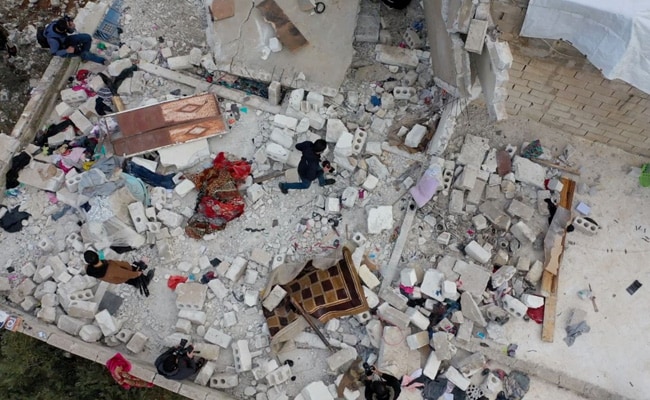 For residents in the town of Atmeh, the events were terrifying.

U.S. forces rehearsed the helicopter raid over and over, hoping to capture Islamic State's leader on the third floor of a residential building in a Syrian town on the Turkish border, where he was holed up with his family.

But before they could reach him, Abu Ibrahim al-Hashemi al-Quraishi detonated a suicide bomb, triggering a large explosion that blew mangled bodies -- including his own -- out of the building into the streets outside.

President Joe Biden, who monitored the raid from the White House's Situation Room, called Quraishi's suicide a "final act of desperate cowardice." It echoed of the self-detonation of a bomb by his predecessor, Islamic State founder Abu Bakr al-Baghdadi, during a U.S. raid in 2019 in Syria.

For residents in the town of Atmeh, the events were terrifying, as U.S. forces swept in aboard helicopters before trying to evacuate civilians from the cinder-block building, using loudspeakers to tell them to leave.

"Men, women, and children raise your hands. You are in safety of the American coalition that is surrounding the area. You will die if you don't get out," said one woman recounting the U.S. warnings. 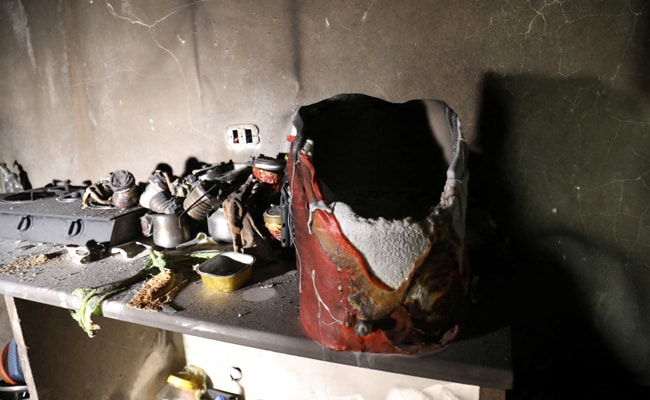 Marine General Frank McKenzie, who oversees U.S. forces in the region and was providing updates to Biden, said U.S. troops got six civilians, including four children, to leave the first floor of the building before the blast ripped apart the top floor.

"The explosion, which was more massive than would be expected from a suicide vest, killed everyone on the third floor and in fact ejected multiple people from the building," McKenzie said, adding that Quraishi, his wife and two children died.

As U.S. troops advanced to the second floor, one of Quraishi's lieutenants and his wife started firing on the Americans and were killed. One child was found dead there, McKenzie said, and three other children and an infant were brought to safety from the second floor.

Syrian rescue workers said at least 13 people died, most of them women and children.

The Pentagon said at least two armed members of a local al Qaeda affiliate were killed by gunfire from a U.S. helicopter after they approached the scene of the raid while U.S. troops were still at the site. 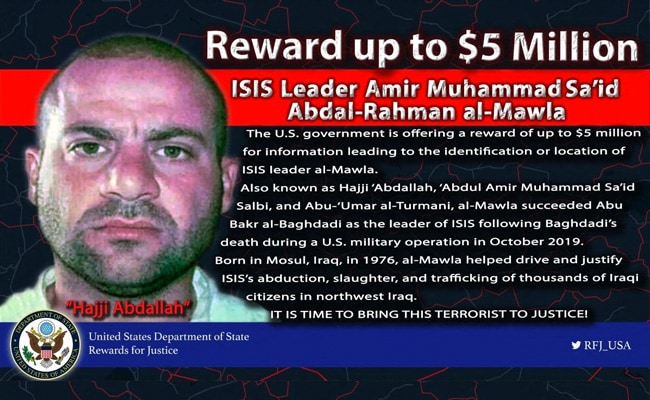 U.S. officials said Quraishi's death was another setback for a group that once ruled a self-proclaimed caliphate stretching across territory in Syria and Iraq. It is now waging insurgent attacks.

Planning for the operation began in early December, when officials became convinced the Islamic State leader was living in the building, the officials said.

One official said the operation was complicated by the fact Quraishi rarely left his residence on the building's third floor and relied on couriers to interact with the outside world.

The number of children seen in the area and families believed to be living on the first floor led U.S. officials to try to craft a mission aiming to safeguard civilians, they said.

That ultimately required putting U.S. forces at risk in a raid, instead of launching a remote strike, the officials said.

U.S. military procedures to guard against civilian casualties are under scrutiny following a high-profile mistaken drone strike in Kabul during the U.S. evacuation of civilians from Afghanistan that the Pentagon initially hailed a success. 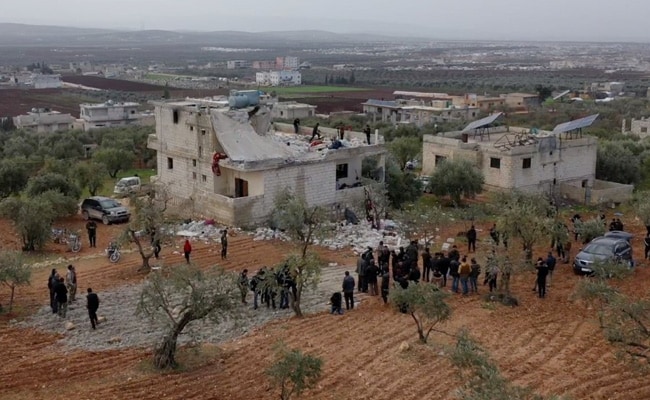 The Pentagon said it would review all the information from the Atmeh raid to ensure no civilians were harmed by U.S. forces, but stressed all indications so far were that civilian deaths were caused by Islamic State fighters themselves.

Biden gave final approvals for the mission on Tuesday during an Oval Office meeting with Defense Secretary Lloyd Austin and General Mark Milley, who as chairman of the Joint Chiefs of Staff is the top American military officer, U.S. officials said.

Biden, Vice President Kamala Harris and other administration officials received real-time updates from Austin, Milley and McKenzie as they watched the operation unfold from the Situation Room, the officials said.

At one point, a helicopter involved in the raid suffered a mechanical failure and had to be destroyed rather than left behind, the Pentagon said.

Biden said "God bless our troops" once U.S. forces were wheels up after the operation, and kept tabs on them during the night as they flew to safety, officials said.