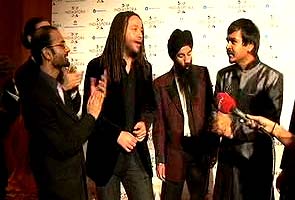 Washington: No, Obama did not attend but his half-sister Maya Soetoro-Ng did. As did many Congressmen, a senator or two, Ambassadors, actors and doctors to celebrate US President Barack Obama's second term in office with the first ever  Indian-American inaugural ball.

According to organizers, it signals the coming of age of the three million-plus community in the United States.

Not only members of the community serving in the Obama Administration attended the inaugural ball, but the event was also marked by the presence of a large number of Congressmen, and Governors from both the Republican and Democratic parties.

Republican Congressman Ed Royce, Chairman of the powerful House Foreign Relations Committee, said his presence a reflective of the bipartisan nature of support for India-US.

"This is the first ball...it will be first of many," Congressman Dr Ami Bera, the only Indian-American lawmaker in the current Congress, said.

Promoted
Listen to the latest songs, only on JioSaavn.com
Bera is only the third ever Indian-American Congressman to have ever been elected to the US Congress.