In Windsor, England, A Look At Harry And Meghan's (Relatively) Low-Key Wedding Site

The castle grounds will be closed on Meghan Markle and Prince Harry's wedding day, but, as with the wedding of Charles and Camilla, the couple has invited about 2,640 guests. 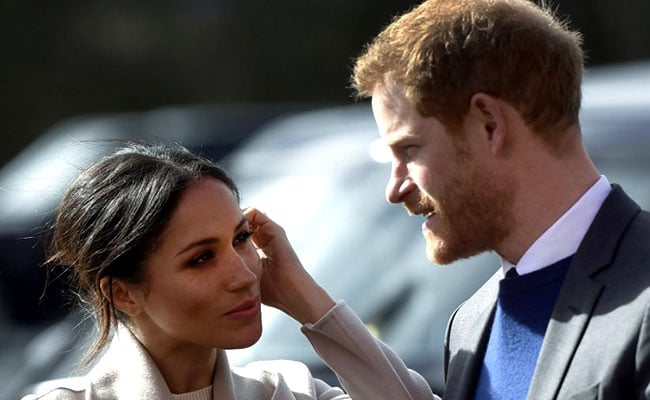 For Prince Harry and Markle's wedding about 2,640 people will represent the public at the nuptials.

St. George's Chapel at Windsor Castle is about the most down-home place for a British royal wedding that American Meghan Markle could have hoped for. Compared with the spectacular public wedding of Prince Harry's parents at St. Paul's Cathedral, and big brother Prince William's to Catherine Middleton at Westminster Abbey, the May 19 wedding there promises to be intimate - well, intimate for royalty.

The castle is Harry's family home. It's where he and William visited the Queen and Prince Philip, who spend nearly every free weekend at Windsor Castle, when they were in high school at Eton. They could walk to the castle on a footbridge over the Thames. The Queen's stable at Windsor is where all her grandchildren learned to ride. And 3-month-old Harry was christened Henry Charles Albert David at St. George's Chapel.

The chapel, which easily will hold the 600 guests, has seen several royal weddings, including those of many of Queen Victoria's children and grandchildren, and Harry's uncle, Prince Edward. It's where Prince Charles and Camilla Parker Bowles had their "Service of Prayer and Dedication" following their civil-marriage ceremony in 2005.

The castle grounds will be closed on Meghan and Harry's wedding day, but, as with the wedding of Charles and Camilla, the couple has invited about 2,640 guests - including representatives of charities for whom they are patrons and Windsor Castle staff - to stand outside St. George's Chapel for a five-minute "walkabout" by the royal family after the service. Afterward, the couple will board a carriage to ride down Castle Hill, pass the crowds gathered along Windsor's main street, and head back into the castle grounds. 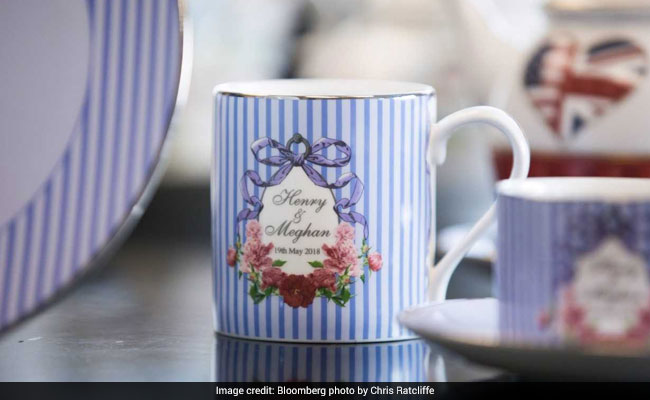 A china mug commemorates the wedding between Henry Windsor and Meghan Markle.

The castle is open most days of the year. Visitors approach from the town below, where its commanding position makes a strong impression. This is what William the Conqueror intended in 1070, when he built the fortress over a chalk outgrowth high above the Thames, as a part of the ring of forts he erected around London. It's an uphill climb from the train station and the bus parking lot. Visitors look high above to see whether the red, yellow and blue royal standard is flying, indicating that the queen is there.

On a July day, a Blue Badge Guide, a licensed professional whose expertise can be highly valuable for a tourist, suggested I start my visit to the castle at the bottom of the hill, just inside the walls, to see St. George's Chapel before it got crowded, and later go up the hill to visit the State Apartments. That turned out to be good advice.

St. George's Chapel was built by Edward III as the religious home of the Knights of the Garter, which he created to hold his nobles close and loyal. While the chapel's earliest walls date to 1240, Edward's improvements came 100 years later, and it wasn't until the 1500s that the chapel was completed, in the late Gothic English Perpendicular style with its magnificent soaring fan vaulting.

The most striking sight is in the Quire, where the Garter Knights each have permanent, elaborately carved stalls, marked by large enameled brass nameplates in French, the language the royal court and crusading knights used in the 14th century. Towering above each stall is that knight's symbolic banner (most are primarily scarlet and gold, with dark blue and white) and a crest, which is a large personalized topping, and below that, a half-drawn sword. Most crests are not quite as fascinating as the one for Sir Edmund Hillary, the New Zealander who climbed Mount Everest - a big blue Kiwi bird holding an ice ax - but there are plenty of colorful and quirky tributes.

Just as it was when Edward created it in 1348, today's Order is limited to the sovereign and her heir (the Prince of Wales) and 24 additional members she personally chooses. There also are honorary Royal Knights and Ladies of the Garter (members of the royal family) and some monarchs from Europe and Japan. It's believed that the Queen will install Prince Harry as a new knight this year. Prince William was installed in 2008. 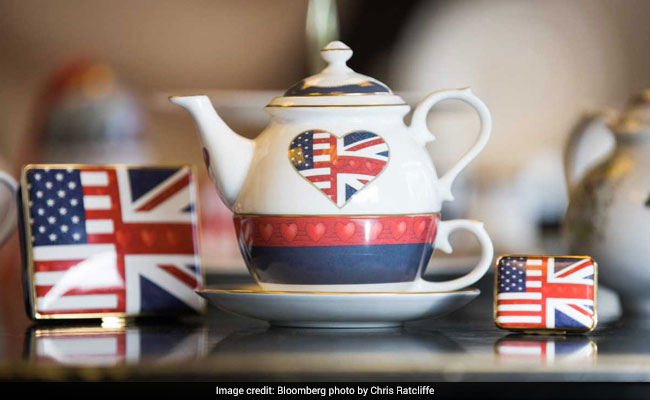 Each June, the knights gather at Windsor on the Monday of Ascot Week, the thoroughbred racing meet at nearby Royal Ascot. The Queen exhorts them to loyal service, and after a grand lunch in the castle they proceed down the hill to St. George's Chapel. Many thousands of spectators gather to watch the regimental bands and the Military Knights of Windsor, all in scarlet uniforms with gold braid, and finally the Garter Knights with their flat black velvet hats and ostrich plumes, their chains and badges over long cloaks.

For more only-in-England sights, the chapel visitor has only to look around. Set into the marble Quire floor is the grave marker of Henry VIII, his third wife, Jane Seymour, and the beheaded King Charles I. Charles I's body was buried by the Cromwell forces who were using the royal chapel as a stable, and was discovered 150 years later. Overlooking the altar is the oriel window, similar to an enclosed balcony, that Henry VIII built for his first wife, Catherine of Aragon. She watched the annual Garter ceremony from the same spot where Queen Victoria often attended services.

Down the north aisle, behind the Quire, there's a poignant small, dark chapel. It's undecorated save for a simple, small altar and a black floor plaque memorializing the current queen's parents, King George VI and the Queen Mother. Also buried in the same chapel are the ashes of Queen Elizabeth's sister, Princess Margaret. It's believed to be where the queen has planned to be interred after a Westminster Abbey funeral.

Also on the north aisle is a very large, white marble sculpture memorializing Princess Charlotte, who died in childbirth in 1817, a death that is said to have devastated the nation. Charlotte was the only heir to her grandfather, King George III, and her father, George IV. When she and her stillborn son died, the childless sons of George III were pressured to produce an heir, and eighteen months later the baby who would become Queen Victoria was born. Without Charlotte's death, no Queen Victoria.

From the chapel, the visitor heads uphill to the castle and the State Apartments. A grand staircase lined with weapons and suits of armor extending as far as the visitor's eyes can see is the entry for the tourist, as it has been for visiting heads of state for centuries. Most of the 39 monarchs who have lived at Windsor have expanded or improved it. But credit President Ronald Reagan with one modernization: the queen installed the castle's first shower for his 1981 visit.

The castle we visit today underwent its biggest changes after an enormous 1992 fire caused by a construction crew's spotlight. (It was that blaze, which the queen watched helplessly from the castle grounds, that she referenced a few days later when she gave her "annus horribilis" speech.) The fire destroyed or damaged many rooms in the castle. Fortunately, much of the royal collection of invaluable art had been removed during the ongoing construction. Princes Philip and Charles headed up plans for rebuilding, and exactly five years later, the restoration was finished. The Queen agreed to help fund the works by permitting public tours of Buckingham Palace while she is away during the summer months. 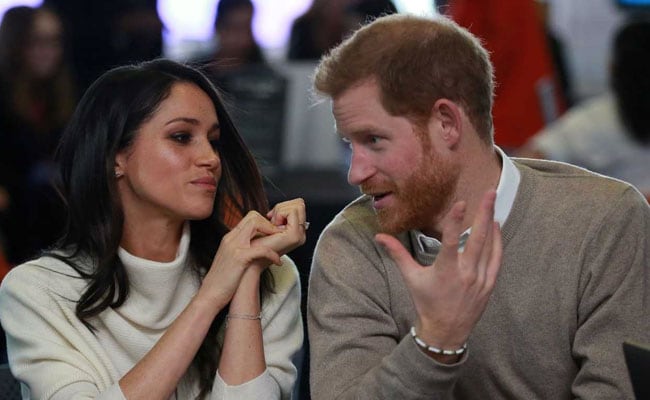 The couple will be married May 19 in St. George's Chapel at Windsor Castle. (File)

Among Prince Charles's projects was one of the most impressive that tourists see today: a rebuilt medieval hammer-beam oak ceiling in the vast St. George's Hall, the Castle's largest banquet room, where a table for 160 guests is set for state dinners with King George IV's gold service. In that hall, the white ceiling is studded with hundreds of colorful coats of arms of the 1,000 members who ever were Knights of the Garter, and the walls are lined with suits of armor and lists of every knight in history.

The queen's private apartments are in another end of the castle quadrangle. With 1,000 rooms, there's plenty of space for her annual spring Dine and Sleep pajama parties. Coveted invitations go out to eight or 10 international leaders from politics, the arts, education and religion. After cocktails, the guests dress for dinner, with Prince Philip in the velvet "Windsor Uniform," with scarlet collar and cuffs, designed by King George III. The queen reportedly gives an expert after-dinner tour of the priceless art and manuscripts in the royal collection. The librarian displays rare objects relevant to each guest's family or interests.

If recent history is a guide, the queen will go all out for the castle celebration after Meghan and Harry's wedding. A lunch for the 600 wedding guests will be held in the cavernous St. George's Hall, the one lined with suits of armor. A smaller dinner party for 200 will be given by Prince Charles at the Frogmore House on the Windsor estate, the burial site of Queen Victoria and Prince Albert, which is rarely open to the public.

After Camilla and Charles's ceremony, boisterous cheers were heard. And the queen is known to love a good party. (Reports of her dancing the night away in her stocking feet at Charles's 21st birthday party have lived on.)

And the next morning, tourists will stream through those same regal rooms.

(This story has not been edited by NDTV staff and is auto-generated from a syndicated feed.)
Comments
Royal WeddingPrince Harry and meghan markle