British Airways chaos was caused by a worker mistakenly switching off the power to a key supply unit. 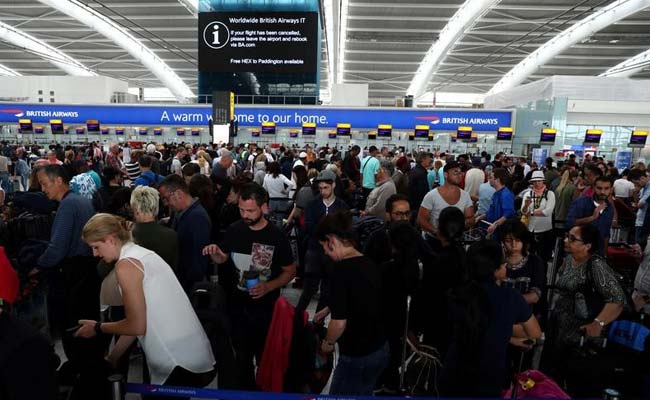 The error led to over 700 flights getting cancelled (File Photo)

London: A maintenance worker who inadvertently switched off the power to a key supply unit led to the British Airways chaos that disrupted the travel plans of over 75,000 passengers from the UK airports last weekend.

An internal email sent by Bill Francis, Head of Group IT at British Airways' (BA) owner International Airlines Group (IAG), confirms that the shut-down had not been caused by IT failure or software issues, as claimed by workers' union which blamed BA's outsourcing of IT jobs to India for the crisis.

The email reveals that an investigation had found that an Uninterruptible Power Supply (UPS) to a core data centre at Heathrow Airport was over-ridden on Saturday morning.

"This resulted in the total immediate loss of power to the facility, bypassing the backup generators and batteries. This in turn meant that the controlled contingency migration to other facilities could not be applied," he writes.

"After a few minutes of this shutdown of power, it was turned back on in an unplanned and uncontrolled fashion, which created physical damage to the system, and significantly exacerbated the problem.

This was entirely a problem relating to the power supply. It was not an IT failure, and there were no software issues," he adds.

The human error resulted in the eventual systems failure, which was working perfectly until it was accidentally shut down, according to a report in 'The Times'.

"We are conducting an urgent investigation and it would be premature to comment on details before its conclusion. As we've said before it was not an IT issue, it was a power issue. There was no data corruption or loss and IT outsourcing was not a factor," the statement said.

All information about flights, baggage and passengers was lost as a result of the sudden shutdown and incorrect reboot and travellers were left stranded over the bank holiday weekend with at least 700 flights cancelled at Heathrow and Gatwick airports.

The airline, which faces a bill of around 150 million pounds in compensation claims, has come under fire over its misleading compensation policy for those hit by the chaos.

British Airways, which has set up a dedicated web page to tell people how to make a claim, said, "We will be updating the wording on the claims page to ensure our customers have clear
information."

The Association of British Insurers (ABI) had called on British Airways to change the wording because those caught up in disruption "should be able to claim compensation and refunds for any expenses as simply as possible, not passed from pillar to post".

"Those affected should seek compensation, and any refunds of expenses, in the first instance from British Airways," the ABI added.