How Russian officer Poteyev betrayed Anna Chapman and other spies 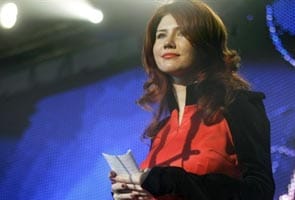 Moscow: The cover of the highly placed U.S. mole in the Russian intelligence service was blown.

Col. Alexander Poteyev had betrayed his ring of 10 sleeper spies -- including Anna Chapman, the red-haired agent with the lingerie-model looks -- and the FBI was about to nab them. Now he was at risk of being arrested by Russian authorities.

Poteyev's plight last summer was so precarious that he had to rush from a meeting in his office for a train station to flee the country. He later texted his wife by cellphone that he was "leaving not for some time, but forever."

The details of Poteyev's escape and farewell message to his wife were included in a summary of evidence read in the Moscow District Military Court by a judge who convicted him in absentia Monday of high treason and desertion, and sentenced him to 25 years in prison. The 59-year-old colonel also was stripped of his rank and state medals.

Chapman, one of the 10 agents deported from the U.S. in July 2010, testified at the closed trial that only Poteyev could have provided the information that led to their arrests, Russian news agencies reported, citing a summary of the evidence read by the judge as he issued his ruling.

Chapman testified that she was caught after an undercover U.S. agent contacted her using a code that only Poteyev and her personal handler knew, the reports said. She said she immediately felt that something was wrong and called her handler in Moscow, who confirmed her suspicions. Chapman and the others were arrested not long after that, on June 27, 2010 -- a year ago Monday.

The agents were deported in exchange for four suspected Western agents who had been imprisoned in Russia. It was the biggest spy swap since the Cold War.

The court said Poteyev apparently got word that the agents were being rounded up in the U.S. and had to hurry out of Russia, the Interfax news agency reported. It said Poteyev fled to Belarus, crossed the border into Ukraine and then moved west to Germany and, finally, on to the United States using a passport in a different name.

Poteyev's grown son and daughter reportedly have been living in the United States for years.

The daily newspaper Moskovsky Komsomolets said Poteyev's wife accompanied him to a Moscow train station where he took the Belarus-bound train for what he said was a business trip.

The next day, she got the farewell phone text message, which read: "Mary, try to take this calmly. I'm leaving not for some time, but forever. I didn't want to, but I had to. I will start my life from scratch and will try to help the children."

On that day, Poteyev's agency also began searching for him when he failed to show up at work, the paper said.

To prepare his exit, the colonel had previously told his bosses that he had a mistress in Odessa, Ukraine, who had just given birth to a child and he needed to see her urgently, Moskovsky Komsomolets said.

Once in Belarus, he got a passport in another name and a train ticket for western Ukraine, it said.

His court-appointed lawyer, Andrei Kucherov, said Poteyev's wife believes he is innocent and wants to join him in the U.S.

"He must be rubbing his hands together and laughing at that together with his family somewhere in the U.S.," Lyubimov said, according to Interfax.

The court said Poteyev had overseen the Russian sleeper agents in the U.S. as deputy head of the "S'' department of Russia's Foreign Intelligence Service.

In addition to Chapman, other agents also confirmed that only he had access to the sensitive information that allowed the U.S. authorities to apprehend them, the RIA-Novosti news agency said.

The court said Poteyev had begun working for U.S. intelligence around 1999-2000 -- betraying the agents, their means of communication and financial information. It said Poteyev had sought to hamper the agents' work by forcing them to meet in places that were unsafe and providing them with inferior equipment.

The CIA may have recruited Poteyev in the 1990s when he did two stints at Russian diplomatic missions in the United States, the newspaper Izvestia reported.

Poteyev was a veteran of the Soviet occupation of Afghanistan, where he served with an elite KGB commando team code-named "Zenith" in the 1980s.

The Russian spies were welcomed as heroes when they returned home, and in October President Dmitry Medvedev bestowed them with the nation's highest awards.

Prime Minister Vladimir Putin, a 16-year veteran of the KGB, sang patriotic songs with the spies to celebrate their return. Putin warned in December that traitors come to a bad end and "whatever equivalent of 30 pieces of silver they get, it will get stuck in their throats."

Promoted
Listen to the latest songs, only on JioSaavn.com
Unlike other members of the spy ring who have stayed out of the limelight, Chapman has basked in the attention. She has stripped down to lingerie for a photo shoot by the Russian edition of Maxim under the caption "For Your Eyes Only," become the new celebrity face of a Moscow bank, joined the leadership of the youth wing of the main pro-Kremlin political party, and hosted a TV program.