Michelle Obama Birthday: Birthday wishes poured in for the former first lady remembered for her wit and powerful quotes. 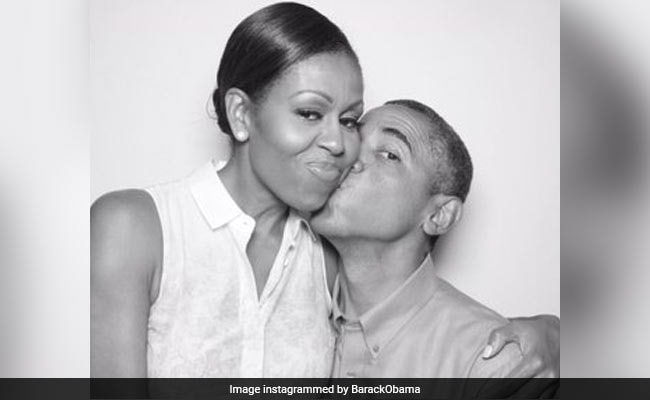 In a tweet that summed up their 27 years of marriage, former US President Barack Obama tweeted a birthday wish for his wife Michelle who turns 56 today. "In every scene, you are my star," he wrote and shared four black-and-white pictures of the two of them together where they can be seen sharing some cozy moments.

Michelle LaVaughn Robinson Obama - a lawyer and a writer - became the first African-American First Lady of the United States when Barack Obama was elected as the 44th president.

The pictures where Michelle and Barack Obama can be seen hugging and kissing reminded many of the legacy of the power couple- actively engaged in charity - on social media.

In every scene, you are my star, @MichelleObama! Happy birthday, baby! pic.twitter.com/hgMBhHasBj

In the comments section, birthday wishes poured in for the former first lady remembered for her wit and powerful quotes. "Happy Birthday @MichelleObama WOW... what an amazing couple," wrote a user.

"Barack and Michelle Obama are couple goals," another one wrote. The post was liked over 400,000 times within an hour.

Michelle Obama has delivered several stirring speeches during her husband's eight-year stint as the US President. "True leadership often happens with the smallest acts, in the most unexpected places, by the most unlikely individuals," she said at the Young African Women Leaders Forum in June, 2011, which became one of her most memorable quotes.

Her message to her daughters - Malia and Sasha Obama- in 2016 gradually ended up inspiring people across the world. "How we explain that when someone is cruel or acts like a bully, you don't stoop to their level. No, our motto is, when they go low, we go high," she had said at a Democratic Convention.

Her husband Barack, who has 112 million followers on Twitter, is also a wordsmith in his own right. He is known to create history with his posts on the micro-blogging site.

In 2012, the picture he shared with Michelle after winning reelection became the most retweeted tweet ever in its moment.