How An Ice Skate Salesman Made Rockefeller Center A Christmas Destination

Legend has it the idea for the ice skating rink came in the form of a sales pitch from, wait for it, a skate salesman. 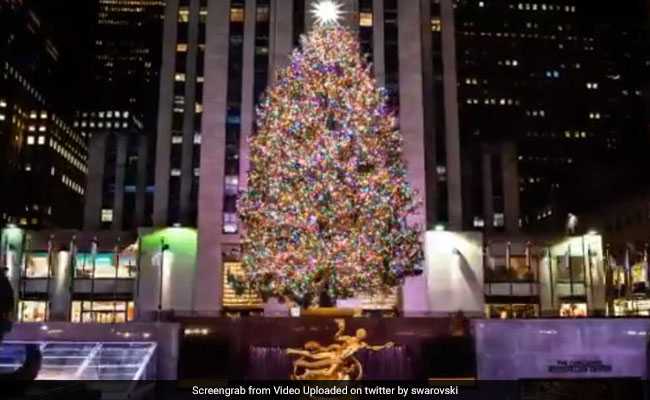 If you're lost in New York in December and come across a large, golden statue of Prometheus, flags representing every country waving in the wind, and more people than you thought could ever fit in a few city blocks, there's a good chance you've made it to Rockefeller Center.

But the holidays in Midtown Manhattan weren't always so picturesque and spectacular - or busy.

The Rockefellers had the opposite problem in 1936: They couldn't draw visitors down to the center's lower, outdoor area referred to as the "sunken plaza."

Legend has it the idea for the ice skating rink came in the form of a sales pitch from, wait for it, a skate salesman.

The year was 1936. It was post-Depression era New York, and the salesman would demonstrate his skates on the water frozen in the center's plaza fountain. It's believed that this inspired John D. Rockefeller Jr. to build a proper one.

Rockefeller Center now calls the rink one of its "accidental innovations." Its success would lead to a permanent installation the following year.

The rink isn't the only long-standing holiday tradition at Rockefeller Center. There's also the massive tree.

Rockefeller Center's first Christmas tree found its way to New York in 1931. It stood tall as construction workers waited in line for their pay.

Fast-forward to the 21st century. The lighting ceremony at Rockefeller Center still marks the beginning of the holiday season in New York.

Each year, the tree is selected by Erik Pauze, Rockefeller Center's head gardener since 2010. According to Rockefeller Center, Pauze is "always on the lookout for a spruce with that special quality, and each year he keeps tabs on more than one, which he visits regularly to feed and water."

Pauze spots trees when he is out and about driving through the region. He also accepts submissions.

In 1939, more than 125,000 people visited the holiday display every day, according to Rockefeller Center.