Never once uttering Trump's name, she urged the class of 2017 to get politically and socially involved, saying that the future of America depends on "brave, thoughtful people like you insisting on truth and integrity." 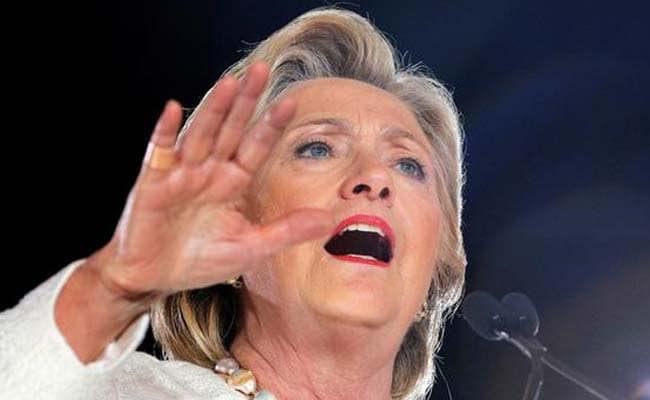 The defeated Democratic presidential nominee made her remarks in a commencement address at her alma mater Wellesley College, a women's liberal arts college in Massachusetts, 48 years after her own graduation.

Never once uttering Trump's name, she urged the class of 2017 to get politically and socially involved, saying that the future of America depends on "brave, thoughtful people like you insisting on truth and integrity."

Coughing at one point before being passed a bottle of water and continuing briefly in a hoarse voice, the former secretary of state who made history as the first US woman to win a major party nomination for president was frequently interrupted by applause.

"Now, you may have heard that things didn't exactly go the way I planned, but you know what? I'm doing ok," she said of her electoral defeat. "I won't lie, Chardonnay helped a little too," she added to roars of delight.

Clinton implicitly compared Trump to Nixon, the Republican president brought down by the Watergate scandal. He sacked his attorney general in a move some have compared to Trump's firing of FBI director James Comey, who was investigating Russian interference in last year's election and possible collusion by Trump's campaign.

The former first lady said her class of 1969 was "furious" about the then-recent election of Nixon, "a man whose presidency would eventually end in disgrace with his impeachment for obstruction of justice."

"You are graduating at a time when there is a full-fledged assault on truth and reason. Just log on to social media for 10 seconds it will hit you right in the face," she said.

"Some are even denying things we see with our own eyes, like the size of crowds," she said, again alluding to but not naming Trump, who falsely accused the news media last January of misrepresenting the size of his inauguration crowds. "Then defending themselves by talking about quote unquote alternative facts."

Much of her speech was a rallying cry for graduates to get politically involved and engaged with their communities.

"In the years to come, there will trolls galore, online and in-person, eager to tell you that you don't have anything worthwhile to say or anything meaningful to contribute, they may even call you a nasty woman," she said.

Promoted
Listen to the latest songs, only on JioSaavn.com
"You don't have to do everything, but don't sit on the sidelines."