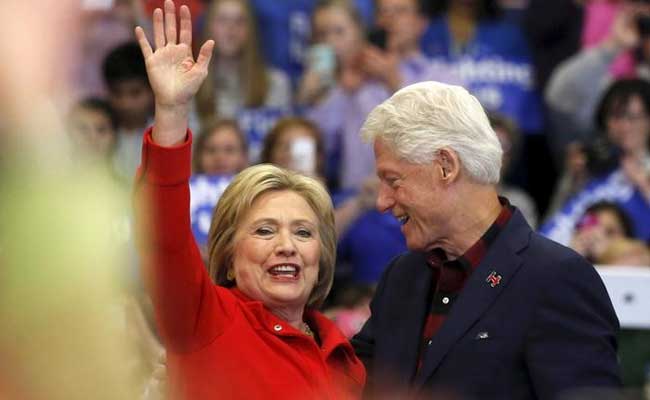 Clinton and her husband, former President Bill Clinton, had planned to reassess staffing after the first four primaries but are becoming increasingly critical of their aides and demanded the evaluation sooner, according to the report.

The former secretary of state would be more inclined to add new staff rather than fire current employees, Politico reported.

Clinton, once the clear front-runner, is now being challenged by Bernie Sanders, a U.S. senator from Vermont, who is expected to win the New Hampshire primary. Last week she narrowly beat Sanders in the Iowa caucuses, the first nominating contest for the Nov. 8 election.

Asked by MSNBC about the Politico story, Clinton said she would be evaluating the campaign's performance but is happy with the people working for her.

"We're going to take stock, but it's going to be the campaign that I've got," Clinton said according to excerpts of an interview to be broadcast Monday night on MSNBC.

"I'm very confident in the people that I have. I'm very committed to them, they're committed to doing the best we can," she said.
© Thomson Reuters 2016
Comments
U.S. Democratic presidentialHillary ClintonNew Hampshire