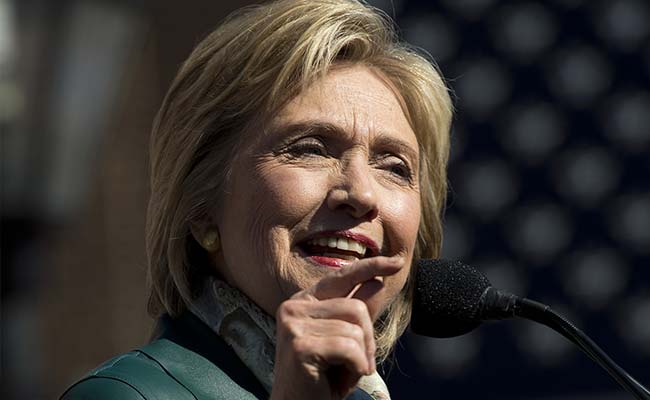 Washington: A series of recently released emails by former US secretary of state Hillary Clinton contradict the official motive given for Michel Kazatchkine leaving his top post at The Global Fund to Fight AIDS in 2012.

The partially redacted email exchanges between US officials, available on the State Department's website since Friday reveal that the Fund's board had criticized the Frenchman's "poor fiscal management" and unanimously backed his departure.

They also appear to confirm reports that Kazatchkine was pushed out in part over accusations that $2.8 million were handed out without proper accountability by the Fund to a campaign launched by the wife of French then-president Nicolas Sarkozy.

The campaign, Born HIV-free, was separate from the Fondation Carla Bruni-Sarkozy, which received no public funds, Bruni-Sarkozy insisted at the time.

Kazatchkine's fate was decided during a board meeting for the Geneva-based Global Fund to Fight AIDS, Tuberculosis and Malaria, in the Ghanaian capital Accra in November 2011.

Hillary Clinton, then serving as top US diplomat, was kept abreast of the developments, with the United States exerting much pressure for the Frenchman to step down.

The message came ahead of a planned telephone call between Clinton and Alain Juppe, French then-foreign minister.

On the first day of its meeting, the Fund's board decided to dismiss Kazatchkine by December 31, 2011, wrote then US global AIDS coordinator Eric Goosby.

'Thrown under the bus'

"French and EC (European Commission) representative threw MK under the bus when the board chair presented a letter to the board from the CFO that referred to unapproved funds at 2.8 mil for FLO Fr," Goosby said, referring to Bruni-Sarkozy as first lady of France.

"We had votes anyway after personnel review but this made it unanimous."

Monahan said that the "board found MK's performance to be poor, particularly in internal management issues."

In order to circumvent Kazatchkine, the board authorized the appointment of a general manager who would report directly to the board.

"MK will have choice to resign, stay (in newly-defined ED role), or fight in court," Monahan added, using an acronym for executive director.

On January 24, 2012, Kazatchkine announced his resignation citing a "matter of principle," insisting it had nothing to do with his links to Bruni-Sarkozy.

That position was backed by the Fund's then chairman of the board, Simon Bland.

According to the Fund, the $2.8 million were distributed in line with usual procedures.

Kazatchkine and Bland's offices did not immediately respond to questions for comment, nor did the French Foreign Ministry or Bruni-Sarkozy.
© Thomson Reuters 2015
Comments
Hillary ClintonAIDS fundGlobal Fund