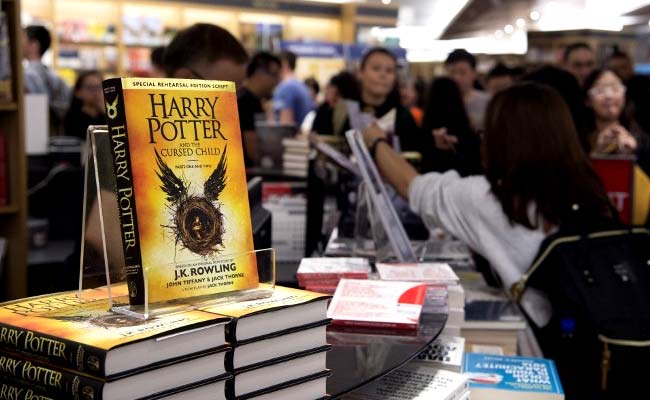 Piles of Harry Potter and the Cursed Child at book store during launch in Singapore on July 31. (AFP)

Singapore: Harry Potter magic hit Asia today morning, as aspiring witches and wizards crowded into bookstores to get their hands on the first copies of a new play that imagines the hero as an adult.

Launch parties for "Harry Potter and the Cursed Child" were held hours after the play's premiere in London, setting the stage for a return of the series that has captivated readers and movie audiences worldwide.

Nearly 300 fans rushed through the doors of Kinokuniya bookstore on Singapore's Orchard Road at 7:01 am (2301 GMT Saturday) to become one of the first people in the world to see the new script. 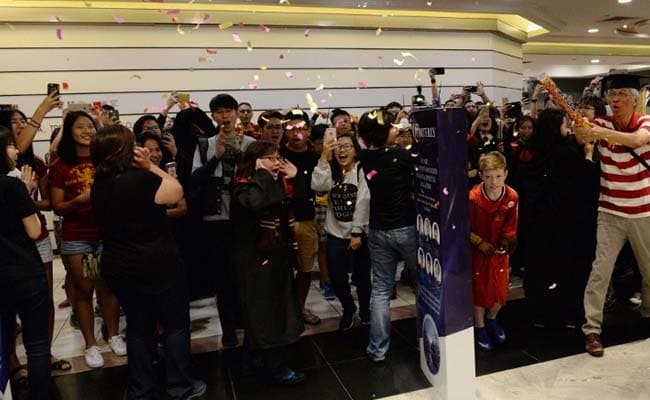 Student Samantha Chua, 24, who along with her boyfriend was first in line, said she had been waiting outside the fourth-floor bookstore since 5 am.

"We were here so early that the mall wasn't even open yet so we had to come up through the cargo lifts," she told news agency AFP, adding that it was "all worth it".

Widely seen as the eighth Harry Potter instalment, the play is set 19 years after the end of the last book and features a grown-up Potter working at the Ministry of Magic.

Like many of his fans, Potter has now become an adult and has three children with his wife Ginny Weasley.

The script's global kickoff was timed to coincide with its launch at midnight in London, after the play's world premiere at the Palace Theatre earlier in the evening. July 31 is also author J. K. Rowling's birthday.

Hundreds of fans snaked down London's famous Picadilly street waiting to get their hands on a copy, while others queued anxiously outside Lello, a Gothic Revival-style bookstore in Portugal's historic center. 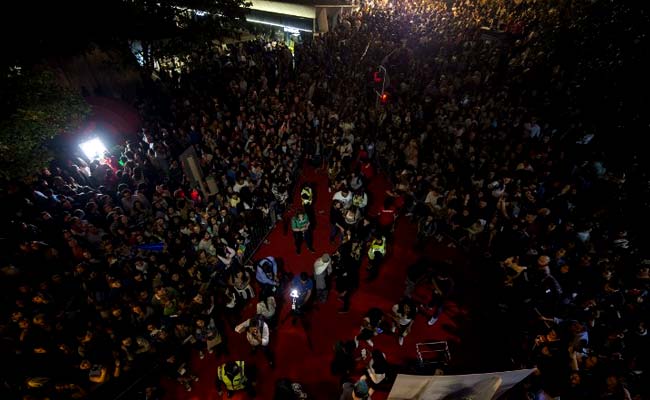 People queue up to purchase Harry Potter and the Cursed Child at Gothic Revival style bookstore.

In Singapore, some fans held a prize-giving ceremony and a hunt for the Snitch -- a type of ball used in the wizard sport of Quidditch in the Potter books.

Others were spotted sitting in nooks around the store eagerly poring over the book.

Valerie Wan, 10, was decked out in a Gryffindor robe and a wand along with a stuffed toy version of Hedwig, the snowy owl that was Potter's pet in the books.

"I feel very excited and it's great to be the first owner of this book in Thailand," he told news agency AFP.

"I've been following the Harry Potter series since I was eight years old, and it's unbelievable that after nine years they're keeping it going," he told news agency AFP. 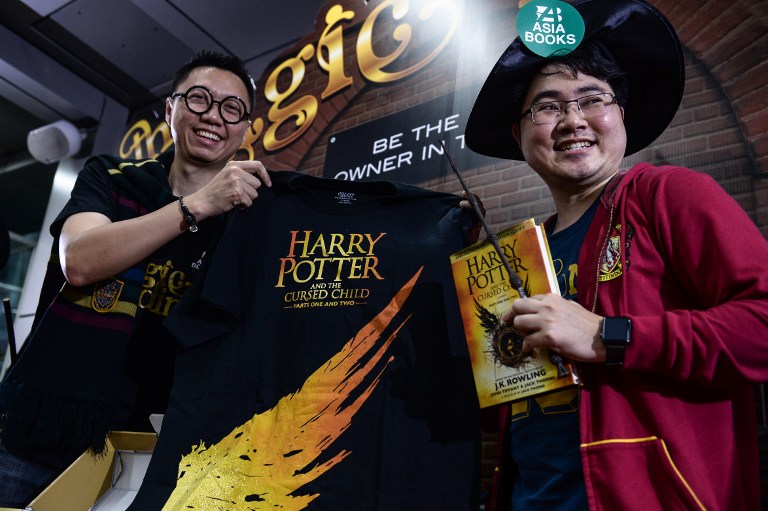 Dozens gathered at a downtown bookstore in Hong Kong to get the new title and try on Harry Potter costumes provided by the store.

Ten-year-old Adele Leung, who came with her mother, was anxious to crack into the latest Potter tome.