Wrongs Of Past Must Be Acknowledged: Prince Harry, Meghan Markle

In a video call with the Queen's Commonwealth Trust (QCT), Prince Harry and Meghan Markle said the only way to move forward is to address past issues. 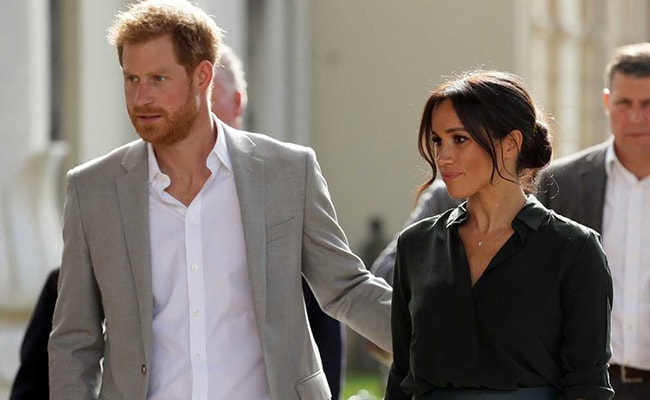 Britain's Prince Harry and his wife Meghan Markle have said that it is important that the wrongs of the past are acknowledged, in their role for one of Queen Elizabeth II's Commonwealth organisations.

Dialling in from their Los Angeles home last week into the Queen's Commonwealth Trust (QCT) weekly video call, which focused on responding to the Black Lives Matter movement, the Duke and Duchess of Sussex said the only way to move forward is to address past issues.

"There is no turning back now, everything is coming to a head," said Prince Harry, who is the President of the QCT.

"When you look across the Commonwealth, there is no way that we can move forward unless we acknowledge the past. So many people have done such an incredible job of acknowledging the past and trying to right those wrongs, but I think we all acknowledge there is so much more still to do. It's not going to be easy and in some cases it's not going to be comfortable, but it needs to be done, because, guess what, everybody benefits," he said.

Markle, as the vice-president of QCT, added that there would need to be some discomfort before the world can come through the other side on issues of human rights.

During the call on July 1, she said: "We're going to have to be a little uncomfortable right now, because it's only in pushing through that discomfort that we get to the other side of this and find the place where a high tide raises all ships.

"Equality does not put anyone on the back foot, it puts us all on the same footing - which is a fundamental human right."

Prince Harry, 35, and Meghan, 38, have kept their roles with the QCT after stepping down as senior working royals earlier this year. However, Harry did step down from his position as Commonwealth Youth Ambassador.