Amid Tensions, Gunshots Fired At US Embassy In Turkey, No Casualties

Six shots were fired at the US embassy, the Ankara governor's office said, adding that three bullets hit the iron gate and window wall. 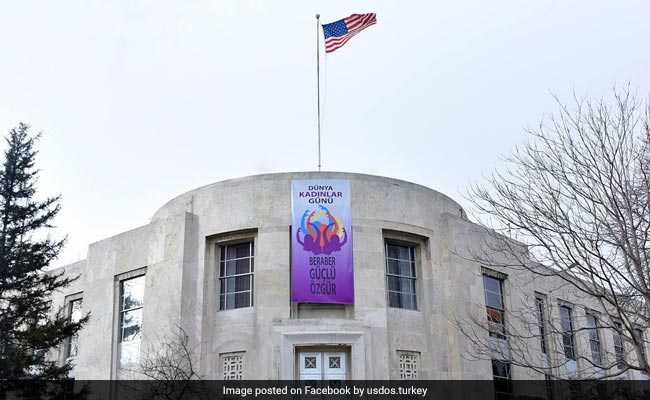 Gunshots were fired early Monday at the US embassy in Ankara but caused no casualties, Turkish and American officials said, amid escalating tensions between the two NATO allies.

Six shots were fired at the US embassy, the Ankara governor's office said, adding that three bullets hit the iron gate and window wall.

"There are no casualties," it said.

US embassy spokesman David Gainer confirmed to AFP that a "security incident" had taken place.

"We have no reports of any injuries and we are investigating the details. We thank the Turkish National Police for their rapid response," he said.

A bullet mark was clearly visible on a security booth at the embassy, an AFP journalist at the scene reported.

The incident come as Ankara and Washington are locked in a bitter dispute over Turkey's detention of an American pastor on terror-related charges.

US President Donald Trump has doubled the tariffs on aluminium and steel tariffs from Turkey, prompting Ankara to sharply hike tariffs on several US products.

And Turkey on Friday threatened to respond in kind if Washington imposed further sanctions, while a court rejected last week another appeal to free pastor Andrew Brunson.

The diplomatic spat has sent the Turkish currency into free fall against dollar.

(Except for the headline, this story has not been edited by NDTV staff and is published from a syndicated feed.)
Comments
GunshotsU.S. EmbassyTurkey