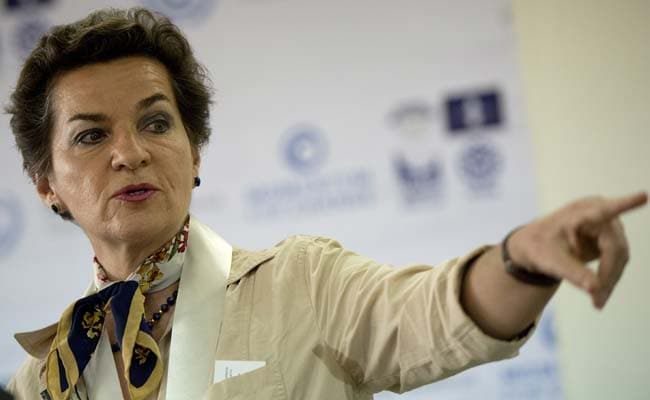 Paris: "Copenhagen". The mere mention of the Danish capital's name can send a chill down the spine of even the toughest climate negotiator.

It was there in December 2009 that high hopes for a legal pact to curb climate-harming greenhouse gases came crashing down as diplomacy foundered in extra time.

Much has changed in the climate arena since 2009, and observers say there is reason to be hopeful that negotiators may finally seal some sort of deal.

"The world has learned some valuable lessons from the experience in Copenhagen," former US vice president turned climate activist Al Gore told AFP.

A key difference is that heads of state and government, who swooped in at the end of the 2009 summit, have been invited to attend only the first day in Paris.

When leaders failed to reach consensus six years ago, a handful among them -- representing key players such as the United States, European Union, Japan, China, India and Brazil -- huddled together to thrash out a face-saving "accord".

Instead of ratifying it, shell-shocked delegates simply "took note" of the non-binding document -- an event French President Francois Hollande remembered this week as "an immense failure".

"It was the worst moment in my life," Maldives negotiator Amjad Abdulla told AFP.

"We all worked very hard day and night. And at the very last minute we were told there is a text being negotiated by the heads of state," he recalled.

"You can't just... pick... some people and say this is the draft, take it or leave it. That's what happened in Copenhagen."

To avoid a repeat, summit host France has opted to leave heads of state out of the nitty-gritty haggling over text.

Instead, they will give back-to-back speeches on the first day of the November 30-December 11 marathon, seeking to imbue it with a sense of mission.

Bureaucrats who have been hammering out a blueprint for the last six years will take a final stab at drafting, and then leave it to ministers to seal the deal.

Another change is that delegates to the 21st annual Conference of Parties (COP 21) in Paris will work with a much slimmer draft, weighing in at 55 pages.

"This is the first time before a COP that we have such a small text. Before Copenhagen we had 300" pages, France's climate negotiator Laurence Tubiana said.

There are other reasons to expect a more positive outcome.

The risk has come into sharper focus as scientific evidence has accumulated since 2009 of mankind's devastating impact on Earth's climate system.

At the same time, many now argue that shifting away from climate-harming fossil fuel makes not only environmental but also economic sense.

"The cost of solar power has halved since 2010 and renewables are increasingly cost competitive or even cheaper than carbon-intensive fuels," said World Resources Institute climate expert Jennifer Morgan.

And on a political level, observers say Paris has more buy-in.

In the build-up, some 170 nations responsible for more than 90 per cent of greenhouse gas (GHG) emissions have submitted carbon-curbing pledges.

They include number one and two polluters China and the United States -- both perceived as a drag on the Copenhagen process. This time, they have joined forces to become the engine of COP21.

The pledges for Paris are voluntary, or "bottom-up" in climate jargon, rather than imposed "top-down" targets, opposed by Washington and others.

According to Japanese negotiator Aya Yoshida, the level of mutual trust ahead of Paris is "far, far better".

Many say the jihadist attacks that killed 130 people in Paris little over two weeks before the summit may forge a common resolve among nations, many of whose leaders said they decided to come in fact to take a stand against violence.

Some things, however, have not changed since Copenhagen.

Rich and developing nations are still at odds about how to divvy up responsibility for emissions cuts, and who should pay.

"I've seen this movie," Venezuelan negotiator Claudia Salerno warned at a combative meeting last month, where developing nations accused rich ones of using "apartheid" tactics to wipe their core demands off the table.

"I hope this is not going to be just a really, really nasty bad second Copenhagen," Salerno said.

But UN climate chief Christiana Figueres told AFP there was "no comparison" between the two, "other than, you know, they are on the same continent".