Sebastian Steudtner from Germany rode the wave in October 2020, but the world record was officially announced on May 24, 2022. 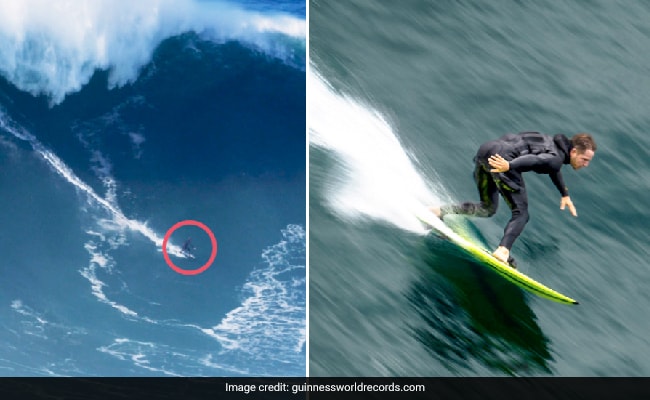 Mr Steudtner set the record in October 2020 off the coast of Praia do Norte, Nazaré, in Portugal, when he surfed through a huge 26.21 metre wave (86 feet), Guinness World Records (GWR) said.

The ride earned the Biggest Tow Award at the 2021 Red Bull Big Wave Awards, and the video of his spectacular surfing accomplishment has gone viral. It has also been shared by the GWR on Twitter.

The video has been watched more than 7,000 times. The achievement was officially announced during a special certificate ceremony on May 24, 2022, in the presence of an adjudicator.

The event was held at the famous lighthouse in Praia do Norte in Portugal, which stands guard over the world's largest waves. The epic video that captured Mr Steudtner's astounding record features the same lighthouse.

According to GWR, the 37-year-old has spent his whole life chasing the waves. He decided to move to Hawaii when he was just 13. It took him three years to convince his parents, but at the age of 16, he left Germany alone for the surfers' paradise to pursue a career in surfing.

Mr Steudtner further told GWR that it wasn't easy, and that many people didn't understand or support his decision to leave and relocate to the other side of the world.

He is now one of the most well-known surfers in the world, thanks to that brave decision. He has a long list of victories under his belt, and, now, a Guinness World Records title.