A 17-year-old from Kathmandu in Nepal has been named the World's Shortest Adolescent (Male) by the Guinness World Records. 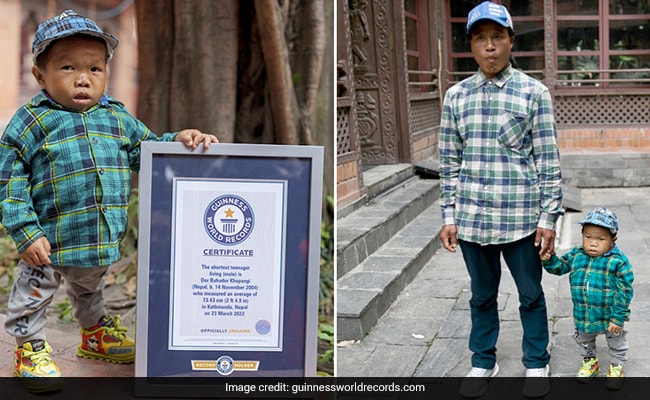 Dor Bahadur Khapangi has been named the World's Shortest Male by the Guinness World Records (GWR).

A 17-year-old from Kathmandu in Nepal has been named the World's Shortest Adolescent (Male) by the Guinness World Records (GWR).

According to GWR, at a ceremony held in Kathmandu, Khapangi was presented with a certificate by Dhananjay Regmi, CEO of Nepal Tourism Board.

The teenager lives in Sindhuli district, around 130 kilometres southeast of Kathmandu, with his parents and sibilings. He is the youngest son of the farmers and studies in a small village school.

His brother hopes that Khapangi's recognition by Guinness World Records would aid in his schooling.

"Dor Bahadur was all fine when he was born. He, however, didn't grow from the age of seven. His peers grew but Dor Bahadur didn't. We don't know why," Nara Bhadur Khapangi said to La Prensa Latina.

The record was previously held by Khagendra Thapa Magar, also from Nepal. Khagendra, who was born in October 1992, was born with primordial dwarfism and measured 65.58 cm (2 ft 1.8 in) height.