Police said that they believed the explosion was caused after explosion of canisters and that they were being assisted by specialist bomb disposal teams. 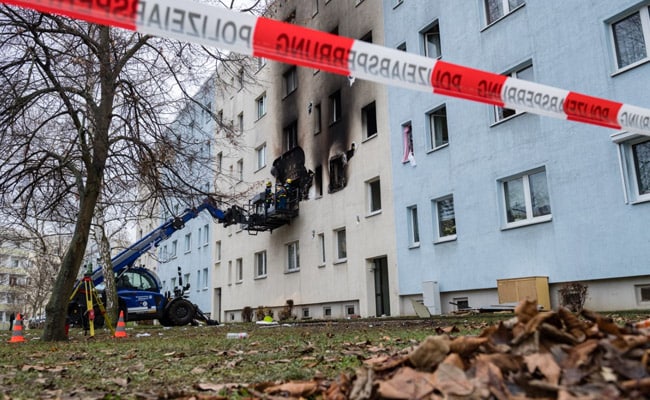 Police said they found gas canisters and old war munitions in an apartment where a blast occurred early on Friday in the eastern German city of Blankenburg, killing one person and injuring at least 15 others.

The victim was believed to be a 78-year-old man who was renting the property where the inflammable materials were found, they added on Twitter.

Dozens of police and emergency services were on the scene, local media reported.

Police said they believed the explosion was caused after explosion of canisters and that they were being assisted by specialist bomb disposal teams.

The area around the property was sealed off and nearby residents were evacuated, including children at a local nursery.

None of the children were hurt, police said. Passers-by told broadcaster MDR they had seen several people lying unconscious on the ground as the fire brigade arrived.

A photo tweeted by police showed a five-storey, communist-era residential block with smoke rising from blackened windows on the second floor. Blankenburg is a city in the hilly Harz district, in the eastern state of Saxony-Anhalt.