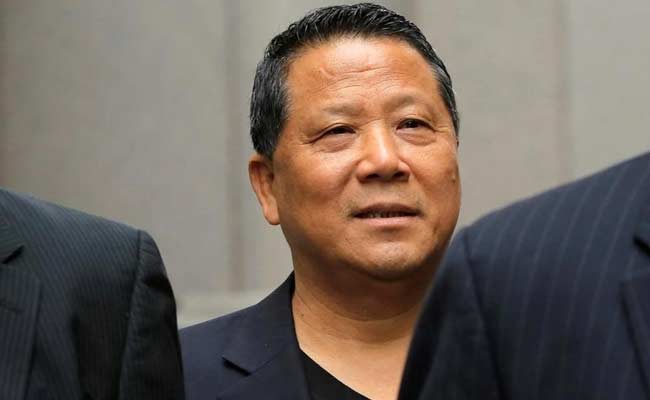 New York: The FBI last year questioned a Macau billionaire charged with participating in a bribery scheme at the United Nations about whether one of his partners was involved with Chinese foreign intelligence, according to court records.

A transcript of a Federal Bureau of Investigation interview of Macau real estate developer Ng Lap Seng following his 2015 arrest was filed in federal court in Manhattan last week by his lawyers.

In a motion, they noted FBI agents questioned Ng on whether he knew if a business associate, Qin Fei, was a Chinese agent or had contact with Chinese intelligence.

In the interview, Ng said he did not know. He called Qin a "partner" at a U.N.-focused news outlet that prosecutors say Ng founded and that was used as a conduit to pay bribes to former U.N. General Assembly President John Ashe.

Qin could not be reached for comment. Ng's lawyers did not respond to requests for comment. The FBI and Manhattan U.S. Attorney Preet Bharara's office declined to comment.

Prosecutors last year accused Ng, 68, of providing over $500,000 in bribes to Ashe in exchange for, among other things, supporting a U.N.-backed conference centre in Macau that Sun Kian would develop.

Ashe, a former U.N. ambassador from Antigua and Barbuda who served as General Assembly president from 2013 to 2014, died in June awaiting trial. Ng has pleaded not guilty.

The FBI's interview of Ng came after he and an assistant were arrested in September 2015 on earlier charges that they made false statements to customs officials about why they brought $4.5 million into the United States from China.

The criminal complaint in that case said some money Ng claimed was meant for gambling was instead used to renovate the house of a "Business Associate-2."

Prior to Ng's September 2015 arrest, an "Individual-1" drove him to Business Associate-2's Long Island house, the complaint said.

Lin has pleaded not guilty. Her lawyer declined to comment.
© Thomson Reuters 2016