Ex-Student Sues University For Negligence After His Attempted Suicide

He filed suit seeking $12 million in damages from the university and $12 million from the counselor at the school, claiming negligence and gross negligence. 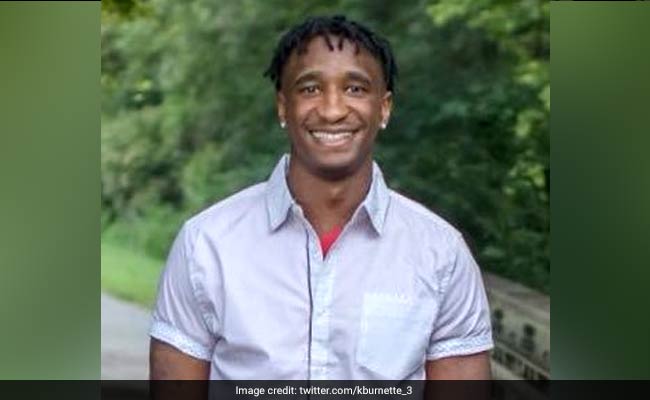 A Washington and Lee University freshman was contemplating suicide, planning to plunge off a campus bridge. The student went to see a counselor, who, after five or 10 minutes, excused herself because she had another appointment, according to a lawsuit filed this week. The counselor advised the student to go to his classes and football practice and to check in at the student health center after dinner, the lawsuit alleges.

That night, he tried to hang himself in his dorm room and then climbed onto the school's gymnasium and intentionally threw himself off a balcony backward.

Kionte Burnette survived the fall, despite facial and skull fractures and other injuries. On Tuesday, he filed suit in circuit court in Rockbridge County, Virginia, seeking $12 million in damages from the university and $12 million from Rallie Gilchrist Snowden, the counselor at the school, claiming negligence and gross negligence.

Drewry Atkins Sackett, a spokeswoman for the university, said she could not comment on active litigation.

Snowden did not respond to messages seeking comment Tuesday.

Burnette was a member of Washington and Lee's football team when he suffered an injury during the fall 2017 semester that required surgery and exacerbated the depression and social anxiety he was feeling as a freshman, according to the lawsuit. When he met with a dean in October and told her he was depressed, she called in a counselor, Snowden, to talk with him privately.

According to the lawsuit, although Burnette told Snowden about his plan to kill himself, she did not perform a mental health evaluation or suicide risk assessment, or urge him to go to an emergency room, but she advised him to go to classes.

He had an anxiety attack in one class and did not go to dinner or practice or the health center, as she had suggested, according to the lawsuit.

Snowden texted Burnette that night when she learned he had not gone to the health center, then she called when he did not respond; she asked him to vow not to hurt himself, according to the complaint. He made that promise, then he tried to hang himself in his dorm room. Several hours later, he walked on crutches to the gymnasium, climbed the stairs and intentionally fell. When he regained consciousness, he hobbled back to his room, believing he would die in his sleep, the complaint says. When he woke in the morning, he called for help and was taken to a hospital by helicopter and was treated for fractures and a brain hemorrhage.

Hospital staffers found a note in his pocket, and he was placed on 24-hour suicide watch, according to the lawsuit, and doctors concluded that he had been suffering from paranoid and psychotic thoughts at the time of his fall. His medical problems continued in spring 2018 with a cerebrospinal fluid leak that required surgery, and he has remained in treatment with a psychiatrist for depression and anxiety, according to the complaint. He now attends another university in Virginia.

(Except for the headline, this story has not been edited by NDTV staff and is published from a syndicated feed.)
Comments
Washington and Lee Universitymental illnessVirginia