Erdogan Targets More Than 50,000 In Purge After Failed Turkish Coup 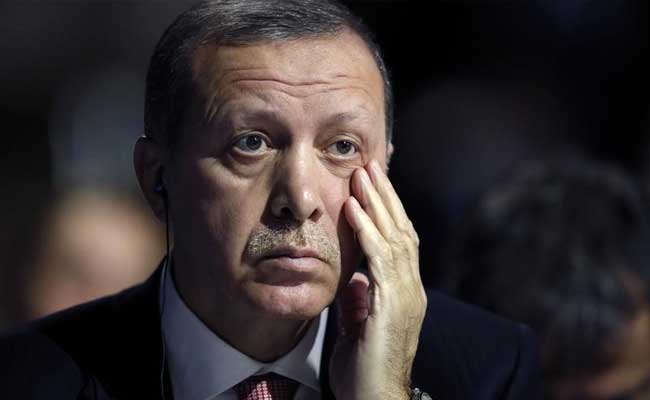 Erdogan's spokeman said government was preparing a formal request to US for extradition of Gulen.

ISTANBUL/ANKARA: Turkey vowed to root out allies of the US-based cleric it blames for an abortive coup last week, widening a purge of the army, police and judiciary on Tuesday to universities and schools, the intelligence agency and religious authorities.

Around 50,000 soldiers, police, judges, civil servants and teachers have been suspended or detained since the coup attempt, stirring tensions across the country of 80 million which borders Syria's chaos and is a Western ally against ISIS.

"This parallel terrorist organisation will no longer be an effective pawn for any country," Prime Minister Binali Yildirim said, referring to what the government has long alleged is a state within a state controlled by followers of Fethullah Gulen.

"We will dig them up by their roots," he told parliament.

A spokesman for President Tayyip Erdogan said the government was preparing a formal request to the United States for the extradition of Gulen, who Turkey says orchestrated the failed military takeover on Friday in which at least 232 people were killed.

US President Barack Obama discussed the status of Gulen in a telephone call with Erdogan on Tuesday, the White House said, urging Ankara to show restraint as it pursues those responsible for the coup attempt.

Seventy-five-year-old Gulen, who lives in self-imposed exile in Pennsylvania but has a network of supporters within Turkey, has condemned the attempt and denied any role in it.

A former ally-turned critic of Erdogan, he suggested the president staged it as an excuse for a crackdown after a steady accumulation of control during 14 years in power.

On Tuesday, authorities shut down media outlets deemed to be supportive of the cleric and said 15,000 people had been suspended from the education ministry along with 100 intelligence officials. A further 492 people were removed from duty at the Religious Affairs Directorate, 257 at the prime minister's office and 300 at the energy ministry.

The lira weakened to beyond 3 to the dollar after state broadcaster TRT said all university deans had been ordered to resign, recalling the sorts of broad purges seen in the wake of successful military coups of the past.

In a sign of international concern, a German official said a serious fissure had opened in Turkey and he feared fighting would break out within Germany's large Turkish community.

"A deep split is emerging in Turkish society," Bavarian Interior Minister Joachim Herrmann told the Berliner Zeitung newspaper. "The danger of an escalation in violence between Erdogan supporters and opponents has also risen in Germany."

Turkey's Western allies have expressed solidarity with the government over the coup attempt but also alarm at the scale and swiftness of the response, urging it to adhere to democratic values.

Prime Minister Yildirim accused Washington, which has said it will consider Gulen's extradition only if clear evidence is provided, of double standards in its fight against terrorism.

Yildirim said the justice ministry had sent a dossier to US authorities on Gulen, whose religious movement blends conservative Islamic values with a pro-Western outlook and who has a network of supporters within Turkey.

"We have more than enough evidence, more than you could ask for, on Gulen," Justice Minister Bekir Bozdag told reporters outside parliament. "There is no need to prove the coup attempt, all evidence shows that the coup attempt was organised on his will and orders."

White House spokesman Josh Earnest confirmed Ankara had filed materials in electronic form with the US government, which officials were reviewing. Any extradition request from Turkey, once submitted, would be evaluated under the terms of a treaty between the two countries, he added.

This treaty excludes offences "of a political character" although it does cover those "committed or attempted against a head of state or a head of government".

Any extradition request would face legal and political hurdles in the United States. Even if approved by a judge, it would still have to go to Secretary of State John Kerry, who can consider non-legal factors, such as humanitarian arguments.

Turkey's Deputy Prime Minister Numan Kurtulmus told reporters that 9,322 people were under legal proceedings in relation to the attempted coup.

Eight soldiers have sought asylum in neighbouring Greece and Turkey says they must be handed back or it will not help relations between the neighbours, which have long been uneasy.

Around 1,400 people were wounded as soldiers commandeered tanks, attack helicopters and warplanes, strafing parliament and the intelligence headquarters and trying to seize the main airport and bridges in Istanbul.

The army general staff said it would punish "in the most severe way" any members of the armed forces responsible for what it called "this disgrace", adding that most had nothing to do with the coup.

Some Western leaders expressed concern that Erdogan, who said he was almost killed or captured by the mutineers, was using the opportunity to consolidate power and further a process of stifling dissent.

UN High Commissioner for Human Rights, Zeid Ra'ad Al Hussein, voiced "serious alarm" on Tuesday at the mass suspension of judges and prosecutors and urged Turkey to allow independent monitors to visit those who have been detained.

The foreign ministry has said criticism of the government's response amounts to backing the coup.

Turkey scrapped capital punishment in 2004 as part of its push to join the European Union, and European leaders have warned Ankara that restoring it would derail its EU aspirations.

But in the aftermath of the coup, Erdogan has repeatedly called for parliament to consider his supporters' demands to apply the death penalty for the plotters.

Yildirim said Turkey would respect the rule of law and not be driven by revenge in prosecuting suspected coup plotters. Speaking alongside the leader of the main secularist opposition Republican People's Party (CHP), he said the country must avoid the risk that some people try to exploit the current situation.

The Nationalist Movement Party (MHP), a right-wing grouping and the smallest of the three opposition parties represented in parliament, said it would back the government if it decides to restore the death penalty.

More than 6,000 soldiers and around 1,500 others have been detained since the abortive coup. About 8,000 police officers, including in the capital Ankara and the biggest city Istanbul, have been removed on suspicion of links to the plot.

Some 1,500 finance ministry officials have also been removed from their posts. Annual leave has been suspended for more than three million civil servants, while close to 3,000 judges and prosecutors have also been purged. A court remanded 26 generals and admirals in custody on Monday, Turkish media said.

Officials in Ankara say former air force chief Akin Ozturk, who has appeared in detention with his face and arms bruised and one ear bandaged, was a co-leader of the coup. Turkish media said on Monday he had denied this to prosecutors, saying he had tried to prevent the attempted putsch.

The coup crumbled after Erdogan, on holiday with his family at the coastal resort of Marmaris, phoned in to a television news programme and called for his followers to take to the streets. He was able to fly into Istanbul in the early hours of Saturday, after the rebel pilots had his plane in their sights but did not shoot it down.

He said on Monday he might have died if he had left Marmaris any later and that two of his bodyguards had been killed.

The bloodshed shocked the nation, where the army last used force to stage a successful coup more than 30 years ago, and shattered fragile confidence in the stability of a NATO member state already rocked by ISIS suicide bombings and an insurgency by Kurdish militants.