Elon Musk To Resign As Chair Of Tesla Board, Fined $20 Million

Tesla's Elon Musk will be allowed to stay on as CEO, US securities regulators said Saturday. 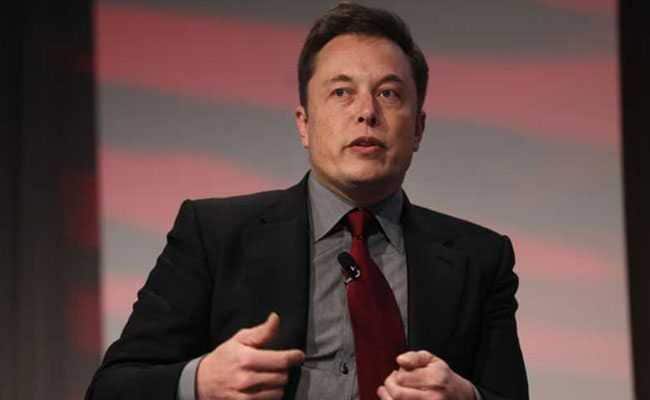 Elon Musk was charged with securities fraud by US regulators. (Reuters)

Elon Musk has reached a deal over fraud charges that will see him step down as electric automaker Tesla's chairman of the board and pay a $20 million fine but stay on as CEO, US securities regulators said Saturday.

The agreement eases pressure on Tesla's embattled CEO, who faced potentially being barred from serving as an officer or board member of a publicly traded company as a result of the charges, which stemmed from a tweet by Musk about taking the company private.

"The settlements, which are subject to court approval, will result in comprehensive corporate governance and other reforms at Tesla -- including Musk's removal as chairman of the Tesla board -- and the payment by Musk and Tesla of financial penalties" of $20 million each, the Securities and Exchange Commission said in a statement

The SEC had charged Musk with securities fraud, alleging that he misled investors when he tweeted on August 7 that he had "funding secured" to privatize the electric automaker at $420 a share.

That caused a brief spike in Tesla's share price, leading so-called short-sellers who have been betting on the stock crashing for years, to lose millions.

The SEC said Musk's statements on Twitter were "false and misleading" and that he had never discussed the plans with company officials or potential funders.

Musk said he later decided against the plan.

Under the agreement, he will be ineligible to serve as chairman of the board for a period of three years and will be replaced by an "independent chairman," while two "independent directors" will also be appointed by Tesla, the SEC said.

Tesla will also set up a new committee of independent directors and "put in place additional controls and procedures to oversee Musk's communications," according to the SEC.

The $40 million in financial penalties "will be distributed to harmed investors under a court-approved process."

"The total package of remedies and relief announced today are specifically designed to address the misconduct at issue by strengthening Tesla's corporate governance and oversight in order to protect investors," Stephanie Avakian, the SEC's co-director of enforcement, said in the statement.

Tesla's shares plummeted around 14 percent on Friday over concerns about the company's future after the announcement of the fraud charges against Musk, which were a fresh blow to the mercurial Silicon Valley entrepreneur and his company.

Musk has baffled investors with emotional and seemingly erratic media appearances, including one where he appeared to smoke marijuana, and a public battle with a rescuer who helped save a group of boys trapped in a cave in Thailand, whom he termed a "pedo guy."

Tesla is seeking to ramp up production of its Model 3, the mass-market vehicle seen as a key to the automaker's future.

It had struggled to overcome production bottlenecks in recent months for the Model 3, but now faces other logistical issues, according to Musk.