Rattled investors sent Tesla shares tumbling 3 percent on Monday, extending a losing streak for a company that was only weeks ago America's most valuable automaker. 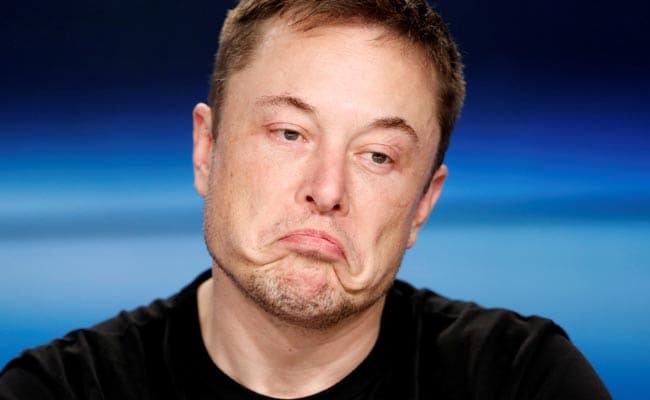 Four days after Tesla's fourth-largest shareholder urged "a time of quiet and peace," chief executive Elon Musk lobbed one of his nastiest stink bombs yet: an accusation about an organizer of the Thailand cave rescue that investors say is a major distraction from his mission running the embattled automaker.

Vernon Unsworth, a British diver who played a key role in the saving of 12 boys trapped in a flooded cavern, had said Musk's unattempted idea of dispatching a miniature submarine "had absolutely no chance of working" and was "just a PR stunt."

But Musk took the brawl one step further, ranting to his 22 million Twitter followers on Sunday that Unsworth was a pedophile who "really did ask for it." Pressed to explain the accusation, Musk instead doubled down: "Bet ya a signed dollar it's true."

Rattled investors sent Tesla shares tumbling 3 percent on Monday, extending a losing streak for a company that was only weeks ago America's most valuable automaker, worth more than General Motors. Musk's critics have long said his bitter slugfests - with rivals, partners, analysts, journalists and employees, to name a few - have hamstrung Tesla on its vaunted mission to reshape the auto industry and change the world.

Tesla stock has plunged more than 16 percent since last month, shaving billions of dollars off the company's market value at a time when it still depends on investor cash and confidence. The company lost $2 billion last year and has never earned an annual profit.

Even Musk's shareholders and supporters are beginning to question how his temper could affect the company he built, and their bottom line.

"This thing is unraveling," said Gordon Johnson, the managing director of Vertical Group, a New York-based investment research group. "You had a very big shareholder last week say they want him to focus on executing and stop with the tweets - and then, this weekend, you get more tweets. What's his angle? What is he doing? . . . He keeps promising all of these things, and he keeps missing, and he's not being held to task."

Musk's tweets have since been deleted. Spokesmen for Tesla and Musk's office did not respond to requests for comment.

Representatives of T. Rowe Price, Fidelity Investments and Baillie Gifford - Tesla's three largest shareholders, behind Musk himself - also declined to comment. James Anderson, a partner at the asset management firm Baillie Gifford, said last week that the company needed peace and focus to resolve its "execution issues," adding that "it would be good to just concentrate on the core task"of making cars. Tesla recently met a weekly manufacturing target for its electric sedan, the Model 3, after months of delays and a series of disasters Musk called "production hell."

Musk has for years said he is proudly, aggressively unfocused - a billionaire known for his visionary ventures in electric cars, underground supertrains, artificial intelligence and space travel. The submarine idea was only the latest of his spur-of-the-moment ambitions, alongside sending water filters to Flint, Michigan, drilling tunnels for a new class of high-speed mass transit, and selling flamethrowers. 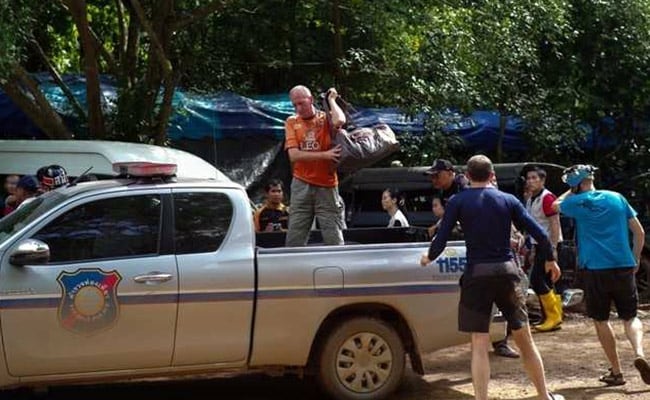 British diver Vernon Unsworth (C) played a key role in the saving of 12 boys trapped in a flooded cavern.

But Musk had recently vowed to act more like the well-behaved leader of a $50 billion company investors want him to be. In an interview last week, Musk said he was reforming from his belief that Twitter was a no-holds-barred battleground where "if you attack me, it is therefore OK for me to attack back." "I will attempt to be better at this," Musk said. "That is my mistake. I will correct it."

Analysts said Musk's "pedo guy" comments had ensured the flap over the submarine would again steal Tesla's thunder at a critical time, when Musk should be focused on promoting the company's progress in manufacturing the Model 3.

A team from Musk's SpaceX built the specially designed "kid-size submarine," and Musk traveled with them to northern Thailand, documenting their tests and adventures along the way. But the boys were saved by a volunteer rescue team. Musk's submarine was never used.

The submarine, which a rescue leader called "not practical" for the cave's narrow passageways, was left to the country's navy for potential future use. Musk has continued to defend the vessel, which he said "could also work as an escape pod in space."

Unsworth, who could not be reached for comment, told journalists on Monday that he was considering legal action against Musk, saying, "I think people realize what sort of guy he is."

Carl Tobias, a law professor at the University of Richmond, said Unsworth could potentially bring a legal case arguing that Musk's attack was libel - a false and written statement that defamed or damaged his reputation.

The comments attracted widespread criticism on Monday, including from former Vermont governor and Democratic presidential nominee Howard Dean, who tweeted, "If the CEO loses it, the company is not worth anything."

The episode also seemed to repel some of Tesla's closest backers, including alternative-energy loyalists who saw in Tesla a worthy opponent to the juggernauts of the oil and gas industries. Kevin Holland, the managing director of the Solar Shed, a British renewable-energy installer, said his company would no longer promote Tesla products until Musk gives a "full & public apology . . . regarding his disgusting comments to a real hero."

"He's an inspiration to so many by virtue of some extremely clever PR over the years and needs to remember that he is a role model," Holland said. "Role models do not call people [pedophiles] on Twitter because they had an idea that wouldn't work."

(This story has not been edited by NDTV staff and is auto-generated from a syndicated feed.)
Comments
TeslaElon MuskThai Cave Rescue