Authorities were investigating how the boat capsized and the cause of the deaths, on Table Rock Lake near the tourist destination of Branson during a storm. 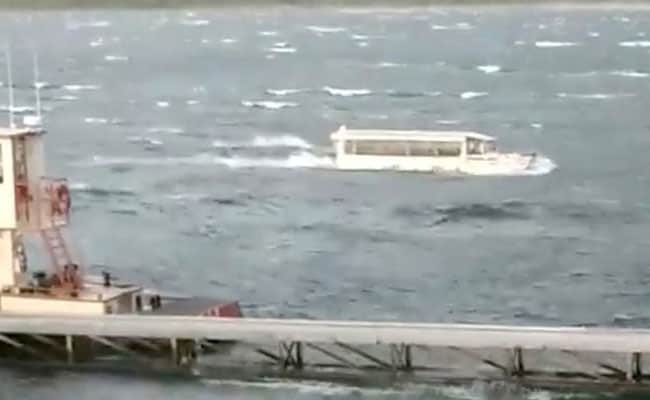 The canopy roof on duck boats turned them into a "death trap". (Reuters)

The drownings of 17 people when a "duck boat" in which they were riding sank in a storm over a Missouri lake on Thursday was reminiscent of an accident involving the amphibious tourist vessel in 1999 in which 13 people died.

Authorities were investigating on Friday how the boat capsized and the cause of the deaths, on Table Rock Lake near the tourist destination of Branson during a storm.

A Philadelphia lawyer who has advocated for victims of other duck boat disasters said the canopy roof on duck boats turned them into a "death trap" even for anyone wearing a life preserver.

The maker of the Missouri duck boat, Ride the Ducks International, did not respond to a request for comment.

A decades old report by the National Transportation Safety Board (NTSB) said duck boats' canopy roof contributed to the 13 deaths in the 1999 incident, on Lake Hamilton in Arkansas.

"Canopies present major safety risks that need to be addressed ... both adults and children wearing life jackets are at risk of being drowned if entrapped by the overhead canopy," the NTSB said of the sinking.

Gerald Dworkin, a consultant for Lifesaving Resources, an aquatics safety training firm in Maine, said, "Even if they were wearing a life jacket when the boat went down, unless they could evacuate through the side windows they would've been trapped by that canopy."

The U.S. Coast Guard did not immediately respond to a request for comment on the NTSB report but confirmed it is responsible for regulating boats.

Among the questions being examined by investigators was whether passengers were wearing life jackets.

On the state-run Missouri Division of Tourism's website, VisitMO, Ride the Ducks said, "Our Ducks use the latest in marine design and safety. They are regularly inspected, tested & certified by the United States Coast Guard to ensure a safe and comfortable experience for our guests."

The state agency pulled the page from its website on Friday. Kate Renfrow, an agency spokeswoman, said in an email, "Our web team made a decision to pause the listing this morning to give the associates of Ride the Ducks the ability to focus on those impacted by this tragedy."

"Once we confirm the business is operating again, we intend to restore," Renfrow wrote

A woman walking in Philadelphia's Chinatown neighborhood was killed by a duck boat on land in May 2015. That September, a duck boat crashed into a charter bus carrying students in Seattle, killing five and injuring dozens.

In April 2016, a woman riding a scooter was killed by a duck boat in Boston.