Captain Of US Boat That Sank Said To Not To Use Life Jackets: Survivor

Missouri Boat Accident: The captain of the vehicle was among 14 survivors, seven of whom were injured, one of them severely. 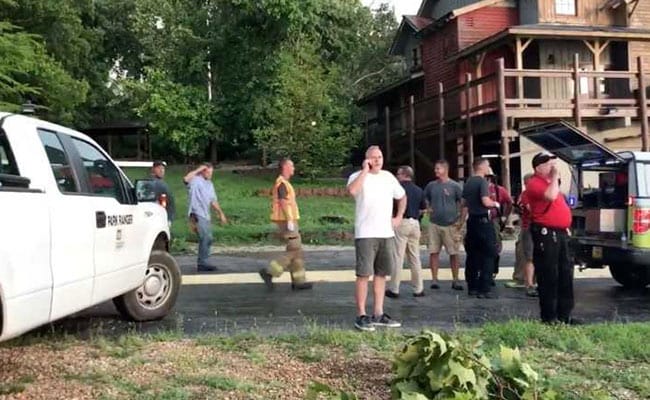 An Indiana woman who lost nine members of her family, including her children and husband, when a "duck boat" capsized and sank in Missouri said on television that the captain of the vessel told passengers not to put on life jackets.

Tia Coleman told an Indianapolis television station that she and her nephew were the only survivors from 11 members of their family who were on the amphibious vehicle when it capsized and sank in a storm near Branson, Missouri on Thursday, killing 17 of its 31 passengers.

Coleman said her husband would "want the world to know" that when they were in the water, the captain of the vehicle told them not to put their life jackets on, an action she believed had cost lives. 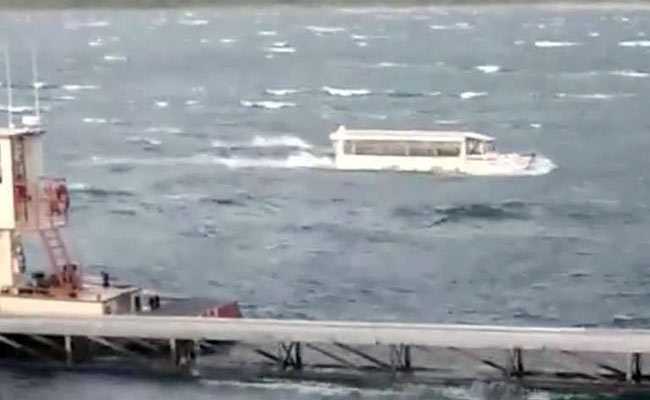 A duck boat is seen at Table Rock Lake in Branson, Missouri in a picture grab taken from social media video (Reuters)

"The captain told us 'don't worry about grabbing the life jackets, you won't need them,' so nobody grabbed them because we listened to the captain and he told us to stay seated," Coleman said. "However in doing that, when it was time to grab them it was too late. I believe that a lot of people could have been spared."

The captain of the vehicle was among 14 survivors, seven of whom were injured, one of them severely.

Coleman said the boat crew were told to first do the water section of the 70-minute land/water tour, which involves going in Table Rock Lake near Branson, so as to avoid an expected storm while they were sailing.

"There was a warning, the warning people said 'take them out to the water first before the storm hits,'" Coleman said, adding that she did not know whether they went through the land or the water section of the tour first. "The water didn't look ominous at the very first, it looked like normal water, and then it started looking really choppy."

A bystander took a more than four minute video of the duck boat slowly being swamped by waves as it tried to make it to shore, before it finally capsized and sank.