Read inOther Languages
This Article is From Jun 30, 2019

According to media reports, the wife of Sheikh Mohammed bin Rashid Al Maktoum -- the Vice President and Prime Minister of the UAE -- is believed to be in hiding in London. 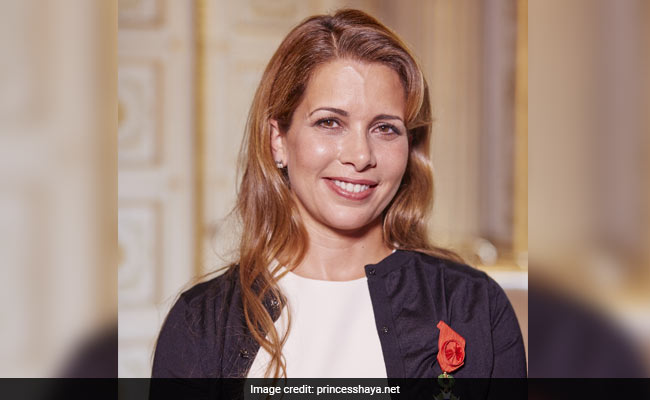 Princess Haya Bint Al Hussein, the sixth wife of Dubai's billionaire ruler, has reportedly fled the United Arab Emirates (UAE) with 31 million pounds and their two children following the break-up of their marriage.

According to media reports, the wife of Sheikh Mohammed bin Rashid Al Maktoum -- the Vice President and Prime Minister of the UAE -- is believed to be in hiding in London.

The princess, the half-sister of King Abdullah of Jordan, is said to be seeking a divorce after initially fleeing to Germany with her children Jalila, 11, and Zayed, seven where she requested political asylum.

She is understood to have taken 31 million pounds with her to start a new life, reports say.

Oxford educated Princess Haya has not been seen in public since May 20 and her social media accounts, which are usually full of photos of her charitable work, have not been active since February.

Unconfirmed reports in Arab media say that a German diplomat helped the princess "escape" from Dubai, leading to a potential diplomatic crisis between the two countries.

It is claimed that German authorities refused a request from Sheikh Mohammed bin Rashid Maktoum, one of the world's richest men, to return his wife to Dubai.

Two sources close to the Dubai royal family were cited as saying by media reports that Princess Haya has indeed left the country and is seeking a divorce.

It comes after one of the Sheikh's daughter's Princess Latifa attempted to flee from her father and Dubai. She was captured on a boat off the Indian coast and has since disappeared, but is believed to have been returned to the UAE.

Princess Latifa said abuse forced her to flee the kingdom - and human rights groups claim she is being held in captivity in Dubai.

Radha Stirling, Chief Executive of watchdog Detained in Dubai, said: "Whenever someone applies for political asylum, obviously, it is because their lives are in danger, and because they have suffered severe abuses and violations of their human rights.

"We already know that Princess Latifa, Sheikh Mohammed's daughter, fled the UAE seeking asylum and alleging unspeakable abuse at the hands of her father.

She said there are now "serious questions" about what prompted Princess Haya to flee.