Dubai's ruler has created a committee, headed by his son, to balance out supply and demand in the property market and ensure that state-owned developers don't crowd out private builders. 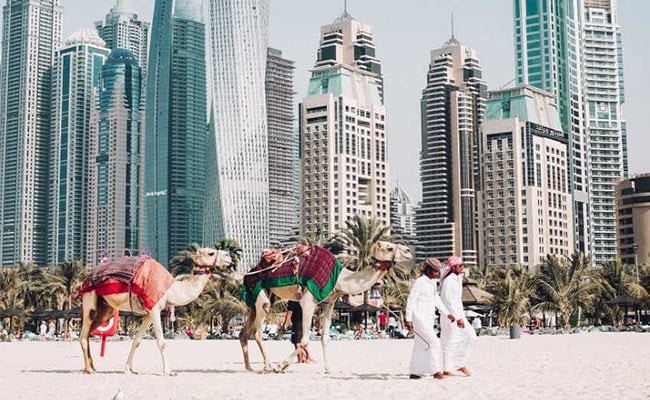 Some developers in Dubai are already holding off on planned projects.

The desert gave Dubai an easy excuse to keep building.

Sprawling for miles in every direction from the dueling skyscrapers on the coast, villa communities have sprung up across the sandy interior, bringing with them schools, hospitals and shopping malls. Where the dunes once spilled into the Persian Gulf, an eight-lane highway now connects the new developments with the established neighborhoods.

But five years into Dubai's property funk, the emirate's leadership is drawing the line.

Work on a mega-airport, designed to be one of the world's biggest, was put on hold. And in the most dramatic U-turn yet, Dubai's ruler has created a committee, headed by his son, to balance out supply and demand in the property market and ensure that state-owned developers don't crowd out private builders.

Some developers are already holding off on planned projects. Two of Dubai's homegrown billionaires are now calling for a pause to new development. Khalaf Al Habtoor, who once added 1,600 hotel rooms to the city through one project, said the market is saturated.

"If this oversupply continues it will be a disaster," Hussain Sajwani, chairman of Damac Properties, said in an interview. "The banking system will get affected and that's something we can't afford."

Much of the property glut is of the government's own making, since it controls some of the emirate's biggest developers. The state-linked firms, created to speed up construction, used cheap and often free land to compete for buyers. Some paid upfront without waiting for homes to be completed by depositing only 5% of the value.

And excessively optimistic projections of growth in Dubai's population, which consists largely of foreigners, only fed the building boom.

"The developers would benefit from cutting back on the supply because that would raise the prices in the long term," Craig Plumb, head of Middle East research at broker JLL said. "So far they've chosen short-term interest by maintaining the cash flows even at the cost of lower prices."

Unsettled by chronic oversupply, property prices are down around 30% in the last five years. In 2018, Dubai's economy had its weakest expansion in almost a decade.

With banks threatened by falling home prices and non-performing loans, Fitch Ratings estimates a "significant portion" of $23 billion in loans made to Dubai government-related companies maturing at the end of 2021 may need to be restructured.

Last month, the central bank of the United Arab Emirates proposed measures to keep lenders from what it called excessive exposure to real estate. On Sunday, its governor told reporters the property supply needs to be controlled.

For now, Dubai is counting on next year's World Expo to boost its economy. But it's less clear how the newly built infrastructure will be used once the six-month showcase is over.

More than 30,000 homes will be completed this year alone, about double the annual demand, according to JLL. Meanwhile, retail and tourism -- equally vital to the lifeblood of Dubai's economy -- are going through struggles of their own.

"Real estate projects need to control their pace to bring added value to the national economy, to avoid becoming a burden and a source of imbalance in our economic journey," Dubai's ruler, Sheikh Mohammed Bin Rashid Al Maktoum, said in an open letter in September.

The question is if going in reverse gear is the right remedy. Land sales remain an important source of state revenue. And besides having to navigate competing interests among the city's largest developers, authorities also risk wrong-footing firms unaccustomed to interference.

Even as the real-estate planning body recently held its first meeting with property executives and Land Department officials, doubts are only growing about its ability to dent the supply.

"A limit can be set through tougher rules on development as a pre-condition to issuing permits, but direct interference sends the wrong message to investors," said Ali Taqi, the head of equities at Rasmala Investment Bank Ltd in Dubai.

The harder truth is that a solution for Dubai may be to look beyond real estate to fix what really ails its economy. Once a small fishing village that morphed into a global metropolis in the course of just a few generations, the emirate may find an identity makeover preferable to years more of malaise.

Policymakers have already implemented reforms to residency laws to attract skilled workers and cut some fees to reduce costs for businesses. Lower property prices could also help the competitiveness of Dubai, one of the most expensive cities for expatriates.

"Even if they slowed the construction, you have an excess of empty apartments and buildings," said Garbis Iradian, chief economist for the Middle East, North Africa region at the Washington-based Institute of International Finance. "They should come up with new forces of growth such as innovation, technology, improving the human capital and attracting more qualified expats to come up with light manufacturing."

(Except for the headline, this story has not been edited by NDTV staff and is published from a syndicated feed.)
Comments
DubaiDubai real estateProperty boom