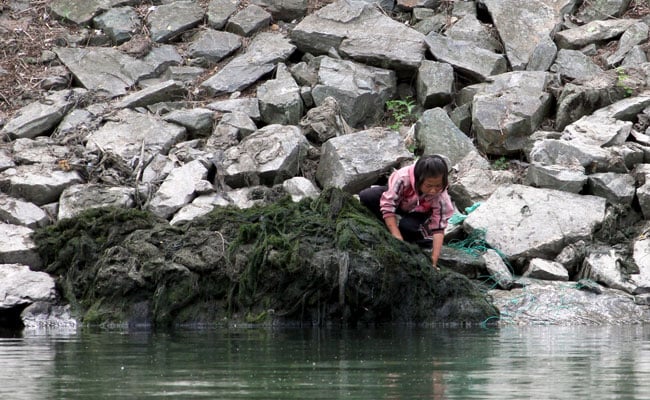 A girl works on the bank of the Yalu River, in Sakchu county, North Phyongan Province, North Korea, on June 20, 2015.(Reuters)

Seoul: A severe drought in North Korea is putting the lives of children at risk and many are in serious danger of disease and malnutrition, the UN children's agency said on today.

UNICEF said in a statement that there had been in a sharp increase in cases of diarrhea among children in drought-affected areas, as access to safe drinking water and sanitation was severely compromised.

The North says it is experiencing its worst drought in a century, with some of its main farming regions particularly hard hit.

The country's large number of malnourished children - as many as one in four children according to a 2012 study - heightens concerns about the impact of drought, UNICEF said.

"These children are particularly vulnerable, because children who are malnourished have less resilience to water-borne illness and disease," the agency said.

Experts said that despite the severity of the drought, the North's fledgling markets and private farm plots should provide a buffer against a famine of the sort that devastated the country in the 1990s.
© Thomson Reuters 2015