Saudi Airport Drone Attack: "Eight people were wounded and a civilian aircraft was damaged, according to initial information," a statement said. 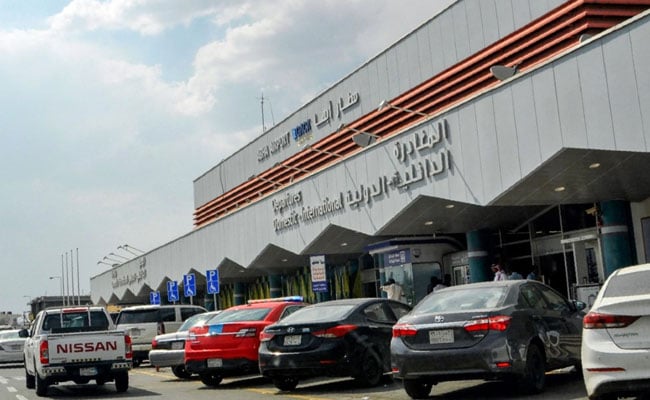 Following an earlier reported attack, "a second drone attempting to attack Abha International Airport was intercepted and shot down", the coalition said in a statement carried by the kingdom's official Al-Ekhbariya television channel.

"Eight people were wounded and a civilian aircraft was damaged, according to initial information," it added.

The coalition said that the second attack on the airport "constitutes a war crime" after it intercepted a booby-trapped drone earlier in the day.

According to El-Ekhbariya, after the coalition intercepted the first attack, shrapnel hit parts of the airport near the runway.

It added that flights had been temporarily halted "to ensure the safety of incoming and departing aircraft, as well as civilians at the airport".

The rebels have yet to comment on the incident.

Saudi Arabia intervened in the Yemen war on behalf of the internationally recognised government in 2015, shortly after the Huthis seized the capital Sanaa.

The Iran-allied insurgents have repeatedly targeted the kingdom in cross-border attacks.

In August, the rebels escalated those operations, using drones and missiles.

Yemen's grinding conflict has claimed tens of thousands of lives and displaced millions, resulting in what the United Nations calls the world's worst humanitarian crisis.

While the UN is pushing for an end to the war, the Huthis have demanded the re-opening of Sanaa airport, closed under a Saudi blockade since 2016, before any ceasefire or negotiations.

The incoming UN special envoy for Yemen, Hans Grundberg, will officially assume his duties on September 5.