"The authorities think that this is a targeted attack, motivated by the driver's hostility to foreigners," said the Essen prosecutors office and Muenster police. 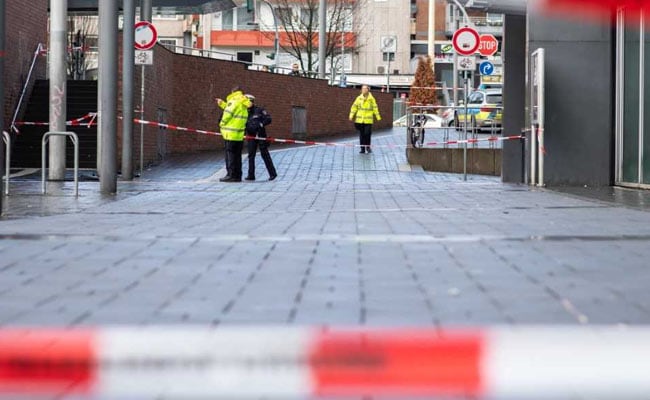 Four people were injured, some of them seriously, said police. (AFP)

A man injured four people in Germany after driving into a group celebrating the new year, in what police described on Tuesday as an anti-migrant attack.

"The authorities think that this is a targeted attack, motivated by the driver's hostility to foreigners," said the Essen prosecutors office and Muenster police.

They also said they thought the 50-year-old suspect has mental health issues.

The incident took place a little after midnight in the town of Bottrop, about 12 kilometres (eight miles) north of Essen in Germany's west.

The driver first tried to run over a person, but they managed to get out of the way.

He then drove into a group setting off fireworks in the street, as many people do when celebrating the new year in Germany.

Four people were injured, some of them seriously, said police, adding that they were of Afghan and Syrian origin. The interior ministry said a woman was among the seriously wounded.

A little later, the driver attempted another attack in a town close to Essen, without managing to injure anyone.

He made "remarks hostile to foreigners" while being arrested by police, officials said.

There was a similar incident in Japan, where a man deliberately ploughed his car into crowds celebrating New Year's Eve along a famous Tokyo street, injuring nine people.

According to national broadcaster NHK, the man told police he was acting in "retribution for the death penalty" without giving more precise details.

(This story has not been edited by NDTV staff and is auto-generated from a syndicated feed.)
Comments
Germany AttackAnti-Migrant Attack