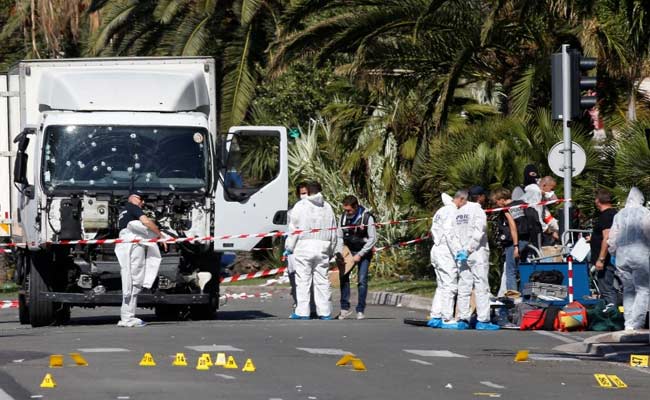 Paris, France: A young French Muslim woman who lost three family members in the July 14 terrorist attack on Nice made an impassioned plea on Monday not to confuse the Islamic faith with terrorism.

Yasmine Bouzegan Marzouk, 21, told a national ceremony in tribute to the French victims of terror attacks that they were carried out by "barbarians who do not follow the law, faith or religion".

"On July 14th, this national holiday, our lives were changed forever," she added, her voice breaking with emotion as tears streamed down her face.

"We are from a Muslim family and no one should make the link (between Islam and the attacks)," she said.

Bouzegan Marzouk, who herself survived the attack, recalled how one of her relatives, 13-year-old Mehdi Hachadi, was crushed under the wheels of the truck that sped through the crowd on the Nice waterfront.

"The life of a child who had such a promising future was snatched away. He was brought up in the Muslim faith which says we should respect others and show tolerance," she said.

The truck was driven by Mohamed Lahouaiej Bouhlel, a Tunisian who the ISIS group said was one of its followers.

Marzouk called on French President Francois Hollande "and his successors" to "put a halt once and for all to these acts of savagery... so that the terror to which French citizens are subjected will end and hatred can no longer be stoked by different religions."

Hollande listened grim-faced to the list of 230 French people killed in terror attacks at home and abroad in the past 12 months.

Addressing the rain-swept ceremony at the Invalides, Hollande said France was at "war".

He announced a reform of the 30-year-old system to compensate victims of terror attacks and their families, saying: "This war has produced so many victims that... the authorities' response and the rules for compensation cannot remain unchanged."

Promoted
Listen to the latest songs, only on JioSaavn.com
France remains on high alert for attacks.

Police flooded into the Les Halles shopping district of Paris on Saturday after a national alert system broadcast warnings that a hostage-taking was under way. It turned out to be a false alarm.