The Trump administration said on Wednesday that this year's July 4 production will have military demonstrations and aircraft flyovers, as well as the customary concert and fireworks 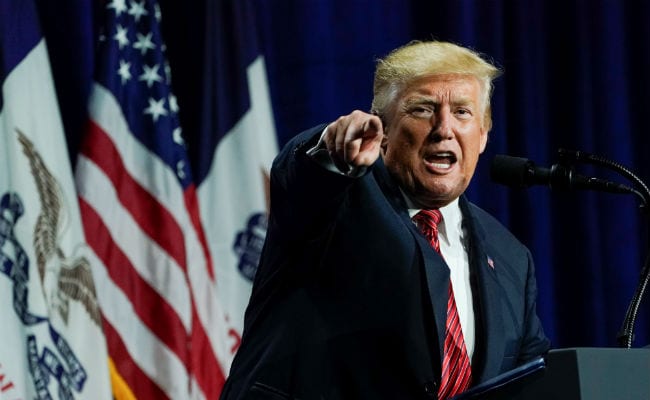 President Donald Trump plans a speech at the Lincoln Memorial and a possible Air Force One flyover for an amped-up Independence Day celebration in Washington, drawing criticism that he wants to transform a traditionally nonpartisan, national event into a political rally.

The Trump administration said on Wednesday that this year's July 4 production will have military demonstrations and aircraft flyovers, as well as the customary concert and fireworks. Air Force One, the custom Boeing 747 used by US presidents, is expected to be among the featured aircraft.

The annual celebration on the monument-lined National Mall typically draws hundreds of thousands of people to commemorate the adoption of the Declaration of Independence on July 4, 1776.

The biggest change is Trump's own appearance, which will come as he ramps up his 2020 re-election campaign. US presidents have not appeared at the Independence Day celebration in decades, according to the National Park Service. US law prohibits using public money for publicity or propaganda.

"We are deeply troubled that the president's involvement at the event will turn the longstanding, non-partisan celebration into a de facto campaign rally conducted at taxpayer expense that will serve to further divide rather than unify the nation," Democratic Senators Tom Udall, Patrick Leahy and Chris Van Hollen wrote in a letter to Interior Secretary David Bernhardt on Tuesday.

Trump's appearance will add costs at a time when his administration is seeking to cut the budget of the National Park Service, which oversees the event. The District of Columbia, which will help police it, has nearly exhausted a fund to cover security costs related to the federal government.

"Any time a president visits a public place like a national park to address the American public, there are necessary additional costs associated with public safety and security," said Interior Department spokeswoman Molly Block.

Costs will be borne by the White House, the National Park Service, the US Secret Service and other law-enforcement agencies, Block said. She declined to say how the Trump administration would foot the bill.

The Trump administration and Congress still owe the District of Columbia government $7.3 million for expenses related to his 2017 presidential inauguration, according to correspondence by Van Hollen and Eleanor Holmes Norton, the District's non voting representative in Congress.