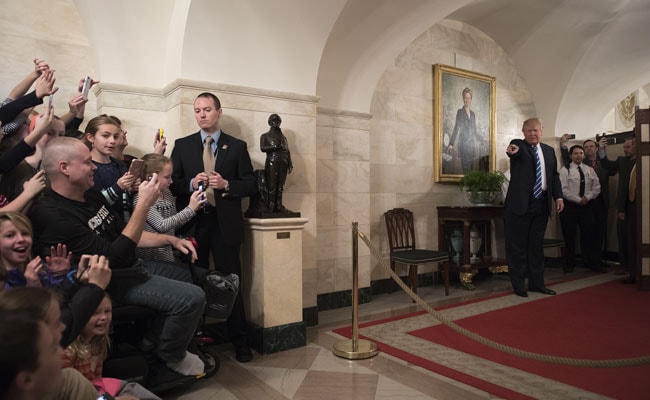 Donald Trump surprised visitors during the official reopening of public tours at the White House.

Washington: US President Donald Trump dropped in unannounced on roughly 100 schoolchildren touring the White House on Tuesday, greeting them beneath a picture of his vanquished election rival Hillary Clinton.

As tours restarted at the White House after a brief interval, Trump greeted pupils at the Briarwood Christian School in Birmingham, Alabama.

The location of his surprise greeting was the ground floor center hall beneath a portrait of Clinton - one of a series of paintings of former first ladies. 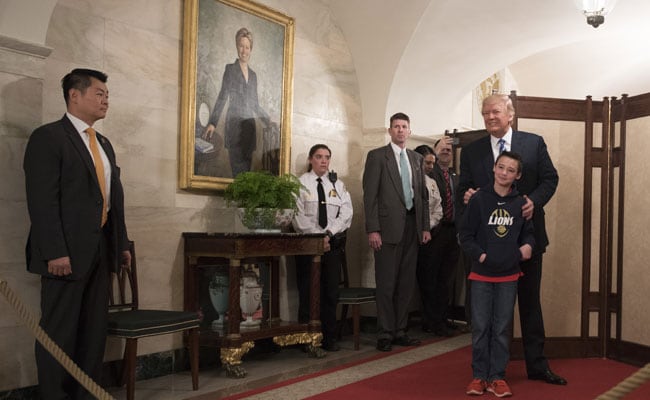 US President Donald Trump with 10-year-old Jack Cornish of Birmingham,during his surprise visit.

White House tours are normally self-guided, lasting about 45 minutes. They do not normally include a meeting with the president.
Comments
Donald TrumpWhite HouseHillar ClintonTrumpUnited States