"UN Wasn't Laughing At Me, They Were Laughing With Me", Says Trump

Trump said he had simply connected with an audience not known for levity -- "people who aren't big into clapping, applauding, smiling." 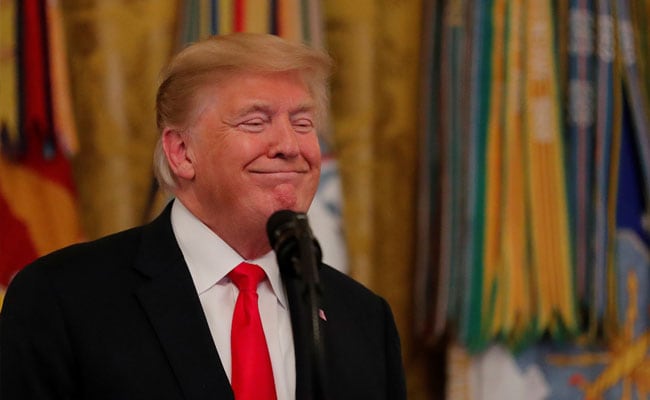 US President Donald Trump says the United Nations wasn't laughing at him when he boasted about his government's successes during a speech to world diplomats. They were just sharing a "good time."

"We had fun," he told journalists in New York on Wednesday.

"They weren't laughing at me, they were laughing with me," he said. "People had a good time with me."

The incident took place during Trump's speech to the annual UN General Assembly.

Trump had launched into what sounded more like a campaign speech ahead of November's congressional elections, boasting in trademark fashion of how "in less than two years my administration has accomplished more than almost any administration in the history of our country."

Trump then interrupted his prepared remarks and insisted, "So true," at which the laughter became audible.

Trump smiled and said, "I didn't expect that reaction, but that's okay."

Headlines quickly emerged about the world laughing at Trump. But on Wednesday, Trump said he had simply connected with an audience not known for levity -- "people who aren't big into clapping, applauding, smiling."

(Except for the headline, this story has not been edited by NDTV staff and is published from a syndicated feed.)
Comments
Donald TrumpUnited Nations