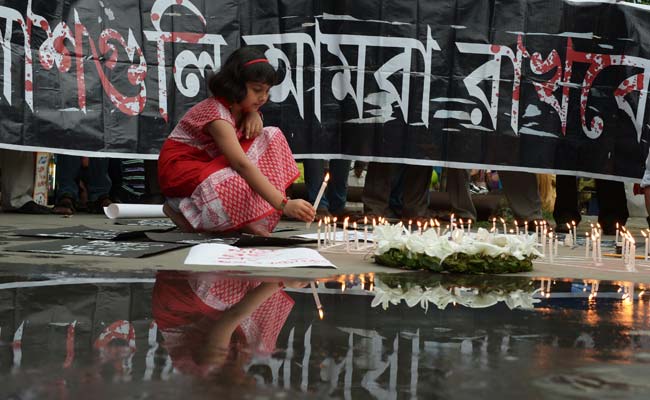 A girl in Kolkata pays tributes to the victims of the attack in Dhaka, Bangladesh (AFP photo)

Dhaka: A 19-year-old Indian woman was among 20 people killed by heavily-armed terrorists who attacked an upscale restaurant in the heart of Dhaka last evening, External Affairs Minister Sushma Swaraj said today. Six gunmen were killed and one captured by security forces this morning, ending the over 10-hour siege.