Dennis Muilenburg also will not garner 2019 compensation under an annual bonus plan, the company said in a securities filing. 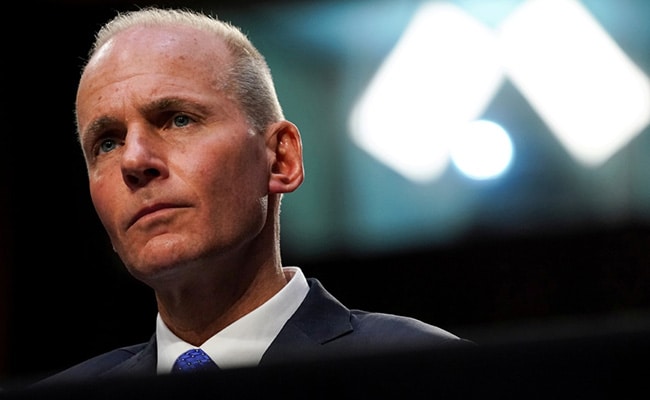 Former Boeing Chief Executive Dennis Muilenburg, who was criticized for his handling of the 737 MAX crisis, will receive no severance package, the company disclosed Friday.

Muilenburg also will not garner 2019 compensation under an annual bonus plan, the company said in a securities filing.

Muilenburg was ousted last month as the grounding of the MAX has dragged on after two deadly crashes.

"Mr. Muilenburg is not entitled to -- and did not receive -- any severance or separation payments in connection with his retirement after more than 30 years with the company," Boeing said in the filing.

Muilenburg, who worked at Boeing for 34 years, also forfeited $14.6 million in 2019 performance awards the company said.

However, Muilenburg will still receive pension, deferred compensation benefits and long-term incentive awards totaling $62.2 million, according to figures in the filing.

Boeing said the shakeup was needed "restore confidence" and "repair relationships with regulators, customers and all other stakeholders."

Calhoun is scheduled to take over as CEO on Monday.

Calhoun will receive a base salary of $1.4 million and will be eligible for additional performance-based payments.

These include $7 million in long-term awards based on "continued employment and the achievement of several key business milestones, including full, safe return to service of the 737 MAX," the filing said.

(Except for the headline, this story has not been edited by NDTV staff and is published from a syndicated feed.)
Comments
Dennis MuilenburgBoeing 737 MaxBoeing