Decision on Musharraf's plea to leave Pakistan on November 18 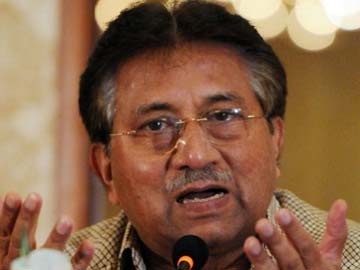 Karachi: Pakistan's Sindh High Court has set November 18 for a decision on former president General Pervez Musharraf's plea against a government ban on him travelling out of the country.

Musharraf's legal team yesterday filed the petition pleading the court to strike off his name from the Interior Ministry's Exit Control List.

His chief lawyer Raza Kasuri said that the ex-military ruler wanted to leave for Dubai to enquire on the health of his 95-year-old mother, who is seriously ill and unable to travel.

Musharraf, after returning home before the May elections, has faced several cases in trial courts and managed to get bail in all of them including the murder case of former prime minister, Benazir Bhutto.

The former president, who remained under house arrest for more than six months in his sprawling Chak Shahzad farmhouse outside Islamabad, got bail last week in the murder case of Lal Masjid cleric Abdul Rasheed Ghazi.

Kasuri said the legal team was confident that Musharraf's appeal on the ECL would be accepted when the hearing is held on November 18.

Musharraf's legal counsel AQ Halepota, who filed the petition in the court, told reporters that placing the name of the former general on the ECL was a violation of his fundamental rights. Therefore, he pleaded to the court to modify its earlier order.

Promoted
Listen to the latest songs, only on JioSaavn.com
He said Musharraf would definitely come back to Pakistan if he gets permission to go to Dubai or any other country.