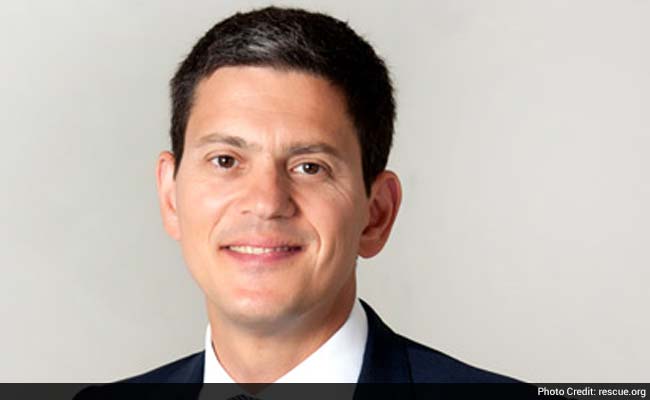 New York: A historic 52 million people are fleeing conflict worldwide, a trend that will intensify over the next two decades because of climate change, International Rescue Committee chief David Miliband said on Friday.

"One of the drivers of displacement and potential conflict over the next 10 to 20 years will be climate (change) - resource scarcity," said Miliband, a former United Kingdom foreign minister. "Climate change is going to compound the cocktail that's driving war and displacement."

Miliband said there were 16 million refugees and 36 million people displaced in their own countries, typically by civil war. That is the largest number of people fleeing persecution since World War Two, he said during a Reuters Newsmaker event in New York.

"Do I think the current level is a blip or a trend?" Miliband said. "I would say it's a trend."

Climate change is closely associated with extreme weather events such as the droughts experienced from the western United States to Nigeria. It takes a toll on food production and can cause rising sea levels and storms that threaten residents of low-lying and coastal areas.

The IRC is far from alone in citing climate change as a concern. U.S. President Barack Obama last week warned that the consequences of climate change would transform the way U.S. armed forces defend the country.

Miliband, whose relief and development agency is helping vulnerable people in 35 countries, urged the United States to raise its ceiling for resettling refugees to 80,000 from the current 70,000.

Focusing on the crisis engulfing Syria, Miliband said the United States had accepted 546 refugees from there. By contrast, he said, Lebanon had accepted 1.8 million refugees over four years.

With the emergence in Europe of anti-immigrant political parties, refugees fleeing persecution must be viewed apart from those leaving their homeland to seek better economic opportunities, Miliband said.

"You've got to keep the refugee/asylum question separate from the economic migration question," he said.

Miliband offered some praise for the current British government, noting that political leaders had agreed on a target of spending 0.7 percent of gross national income on foreign aid.