David Beckham shared a picture with his kids on Instagram where all of them can be seen posing with the statue. 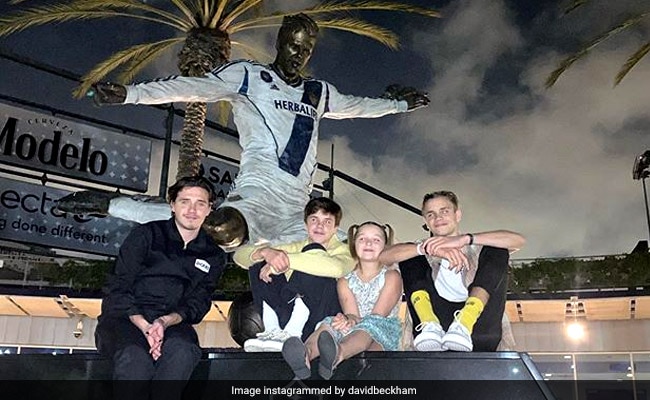 David Beckham's kids pose with his statue in California.

It was a proud moment for former professional footballer David Beckham who was accompanied by his children during visit to his statue at the Legends Plaza in Carson, California.

The former LA Galaxy player shared an adorable picture with his kids on Instagram where all of them can be seen posing with the long statue.

"Kids seeing dad's statue for the first time," he wrote.

One of his sons can be heard saying "so cool" and "it''s pretty sick" in another video David posted on his Instagram Story.

In March, Major League Soccer kicked off its 24th season by unveiling a statue of David--also known as one of the highest earners in soccer history--at Dignity Health Sports Park. The statue portrays David winding up for one of his trademark bending crosses, reported E-News.

During the unveiling ceremony earlier this year, David took to social media to commemorate the momentous occasion.