Chung Yoo-Ra is the only child of Choi Soon-Sil, the close confidante of former President Park Geun-Hye. 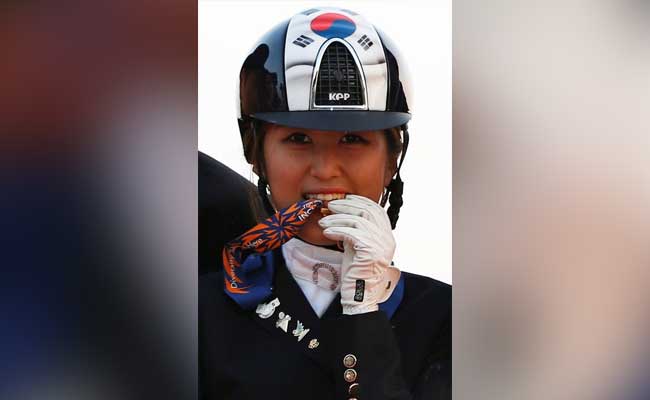 Seoul, South Korea: The daughter of the woman at the centre of a corruption scandal that led to the ousting of South Korea's president was arrested by prosecutors on a plane bound for Seoul, reports said Wednesday.

Chung is the only child of Choi Soon-Sil, the close confidante of former President Park Geun-Hye.

Choi -- nicknamed "Rasputin" for her close influence over the then-president -- is a key figure in the influence-peddling scandal that sparked huge street protests demanding Park's ousting.

Park and Choi are already on trial for allegedly accepting or seeking millions of dollars in bribes from conglomerates including Samsung.

Chung, who was arrested by Danish police in January, dropped her appeal against extradition from Denmark, a Danish court announced last week, as Seoul wants to detain her for questioning.

The daughter is the alleged beneficiary of millions of dollars which South Korea's largest conglomerate Samsung paid to finance her equestrian training and luxurious lifestyle in Europe.

A team of five officials from the prosecutors' office was dispatched to Amsterdam to make the arrest with a pre-issued warrant, Yonhap said.

It added that the prosecutors waited until Chung boarded the Korean Air flight, since South Korea's jurisdiction can be exercised on its national carrier.

Promoted
Listen to the latest songs, only on JioSaavn.com
Upon arrival at Incheon International Airport later on Wednesday, Chung is expected to make a short statement to the press and taken to the Seoul Prosecutors' Office for questioning.