Daniel Ellsberg, 87, was honoured for his "profound humanism and exceptional moral courage," the jury said in a statement. 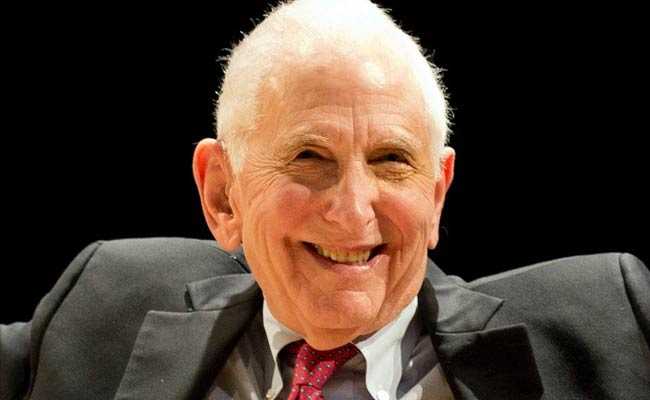 Ellsberg, 87, was honoured for his "profound humanism and exceptional moral courage," the jury said in a statement.

He famously leaked thousands of documents nearly half a century ago revealing that successive US administrations had lied to the public about the Vietnam war.

"He was well aware of risking a long time in prison and a spoiled career," the jury said.

"Regardless of such consequences, his decision led to the removal of a mendacious government, a shortening of an illegal war, and an untold number of saved lives."

His actions have been featured in several Hollywood films, including "The Pentagon Papers" in 2003 in which he was played by James Spader, and 2017's "The Post" featuring Matthew Rhys.

It commemorates the memory of Sweden's Social Democratic prime minister Olof Palme, an outspoken international human rights advocate -- and vehement opponent of US involvement in the Vietnam War -- who was assassinated in Stockholm in 1986.

The prize ceremony will take place in Stockholm on January 30.

Ellsberg -- who won another Swedish rights prize in 2006, the Right Livelihood Award -- is also a staunch anti-nuclear weapons campaigner who recently published a massive tome about the nuclear threat seen from the inside, titled "The Doomsday Machine: Confessions of a Nuclear War Planner".

He lobbied members of Congress last year about the dangers of reckless war plans and ever more powerful nuclear arsenals on hair trigger alerts.

He told AFP in an interview he hoped to drum up support for a study on the consequences of nuclear war in terms of "nuclear winter" -- a situation where smoke blocks out the sun, dooming harvests and leaving basically anyone not killed in the blast or by radiation to starve to death.