In Sweden, rehabilitation over prison sentences, inmates preparing to get into society at a minimum security "open prison" functioning as a farm. 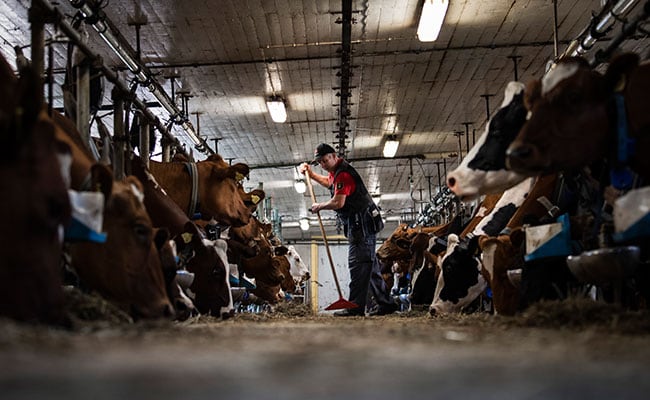 In Sweden, inmates trying to reintegrate into society working in 'open prison' functioning as a farm(AFP)

It's barely 6:00 am and Alfred is already busy milking cows. But when his chores on the farm are done, he won't be going home - he'll be returning to his prison cell.

In Sweden, which prioritises rehabilitation over long prison sentences, Alfred is one of 60 inmates preparing to reintegrate into society at a minimum security "open prison" functioning as a farm in the town of Mariestad, about 300 kilometres (185 miles) southwest of Stockholm.

Imprisoned since April for illegally possessing a gun, Alfred, a grandfather in his 50s who is due to be released in November, can't hide the joy he gets from spending time with the animals.

"I like them... they calm me down," he says with a sigh, wearing a cap, his arm covered in tattoos.

In this agricultural prison called Rodjan - the biggest of the Swedish penitentiary system's three farms - his routines are the same every day.

He meets up with his work assignment partner Sofian (both names have been changed to protect their identities) in the morning for two and a half hours of work and then once again in the evening. 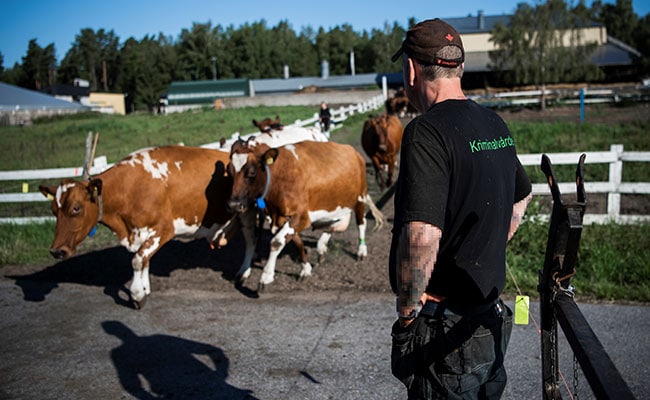 "I clean (the udder) to avoid the bacteria, then I disinfect it" before pulling the teats, Alfred says enthusiastically.

Other inmates work on the farm watering the plants, repainting the gates, and mowing the lawn. And a dozen of them are in charge of the livestock.

Sweden is among the countries with the fewest prisoners in the world: there are 0.5 inmates per 1,000 inhabitants, which is half of that in France (one per 1,000), Swedish and French prison data show.

The Scandinavian nation spends twice as much as France on each detainee, including those placed under surveillance, and works hard to avoid confinement.

Instead, it prefers to put people on probation, favours widespread use of ankle monitors, sentences people to community service, and releases prisoners after two-thirds of time served.

"It's our system for bringing people out into society in a good way, so they don't come back to prison again," Britt-Marie Johansson, head of the Rodjan institution, tells AFP.

In Sweden, just under a third of prisoners re-offend after leaving jail or serving their term, which is half of that in France, according to the Swedish and French prison statistics.

As in all penitentiaries across Sweden, inmates have their own cells. At Rodjan, they're unlocked. There are no security cameras, no gates, no barbed wire, and inmates are allowed to move about freely.

Sweden has more than a dozen open prisons across the country.

Inmates at Rodjan are serving sentences for all types of convictions, ranging from driving without a licence to tax crimes or assault, but prisoners placed there are all considered to not pose a threat to society.

"We count the prisoners in the morning, during the day and in the evening, and we know where they are all the time," assures Johansson. 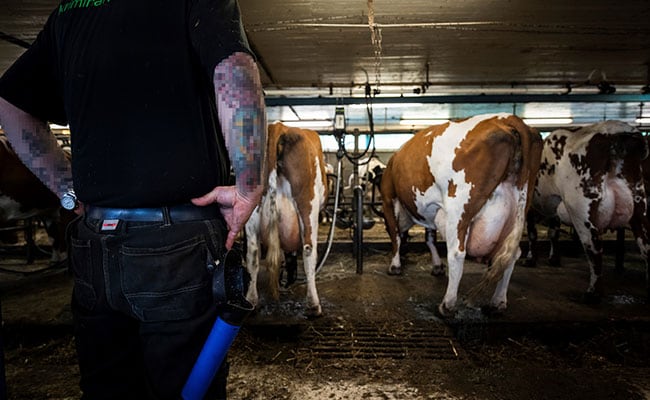 "If they do something wrong, they go to a higher security level" facility, she adds.

Closing the fence to the meadow after he finishes milking the cows, Alfred jokes that the cows are more locked up than the prisoners.

On his days off, Alfred admits that he regularly steps into the barn "to see if everything is fine".

Other inmates have been known to call the prison while on their days off if they know the cows are due to give birth, to ask "How did it go? Did it go well with the calf?" Johansson says, amused.

"Many work incredibly well despite never having done this before. It's fascinating to see their attitudes" after only a few days of training, he says with a smile.

In 2012, the farm received an award from Sweden's King Carl XVI Gustaf for the quality of its milk.

The establishment's key to success lies in the strict routines required for running a farm, according to Henningsohn.

Despite enjoying his time with the cows, Alfred does not see himself staying in the farming business after completing his sentence, even though he grew up surrounded by cows on his grandparents' farm.