In the raid last month, Conan chased Abu Bakr al-Baghdadi into a dead-end tunnel in his Syrian hideout. 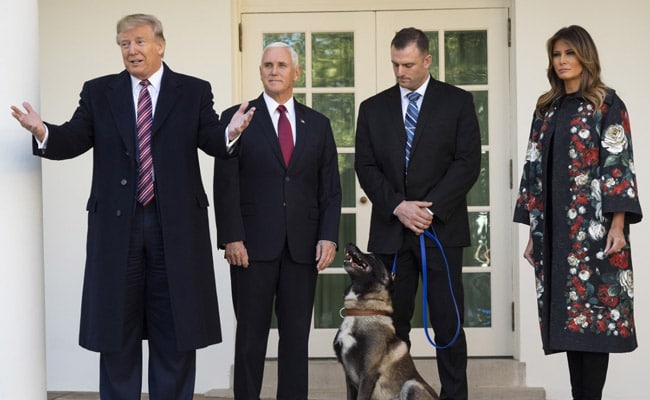 The dog's identity had been a secret until it was declassified by Donald Trump. (AFP)

President Donald Trump made a surprise appearance Monday with the dog he called the "world's most famous" - Conan, the Belgian Malinois injured in the raid that took down Islamic State leader Abu Bakr al-Baghdadi.

"Conan is a tough cookie, and nobody's going to mess with Conan," the president told reporters gathered in the Rose Garden. He added, "Yet you see how beautiful and how calm he is during a situation like this. And you're very lucky, because he's not in a bad mood today."

Trump identified the dog as male during the news conference. But confusion over the dog's sex abounded after it concluded. A pool reporter, citing a White House official who spoke on background, said the dog was female. That claim was later contradicted by another official, who said Conan was male.

Intrigue has surrounded the heroic canine ever since Trump disclosed that "a beautiful dog, a talented dog" had chased Baghdadi into a dead-end tunnel during the Oct. 26 operation in northern Syria. The pup's identity was briefly considered classified, with U.S. officials concerned that publicizing it might also reveal the identity of the elite Army unit she served.

Yet Trump, who has complained about not receiving enough credit for the raid that killed the terrorist leader, fed into the frenzy over the dog he said had played a key role. He first tweeted out a photo of the "wonderful" animal on Oct. 28. 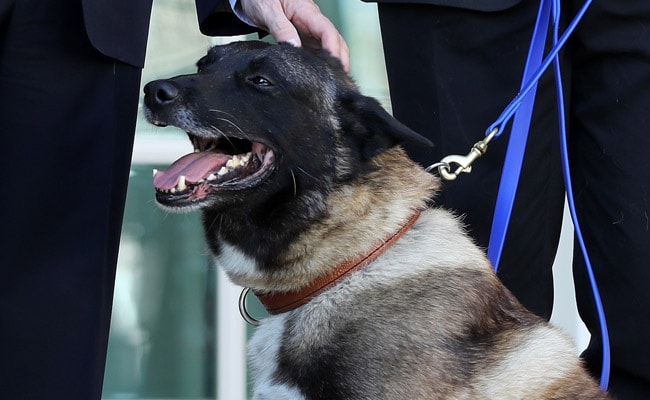 Conan had been "very badly hurt" during the raid that killed Baghdadi.

"We have declassified a picture of the wonderful dog (name not declassified) that did such a GREAT JOB in capturing and killing the Leader of ISIS, Abu Bakr al-Baghdadi!" Trump wrote.

More tweets followed, with the president eventually revealing the dog's name. In one image the president shared on Twitter, a Medal of Honor recipient was replaced with a photograph of Conan - tongue lolling - receiving the honor. He promised to commend the dog in person.

On Monday, Trump told reporters he had presented Conan with a medal and a plaque for heroism. He said the dog had been "very badly hurt" during the raid that killed Baghdadi, leading some to fear Conan "might not be able to recover." Yet Conan has bounced back and is nowhere near retiring.

The Belgian Malinois breed, Trump said, is the "ultimate fighter, ultimate everything," and besides being able to take a person down can also sniff out drugs.

As Trump described Conan as "so brilliant" and "so smart," the subject of his praise, mouth agape, looked to Vice President Mike Pence for head scratches. Trump, the first American president in a century without a dog of his own, stood with his hands at his side, as did first lady Melania Trump.

On their way back into the White House, the first couple laughed when a reporter shouted out, "Melania, do you want to adopt the dog for Barron?" She appeared to decline.