Even with the US tariffs, China can still reach its 2018 GDP growth target of around 6.5 percent and the impact on employment will be limited. 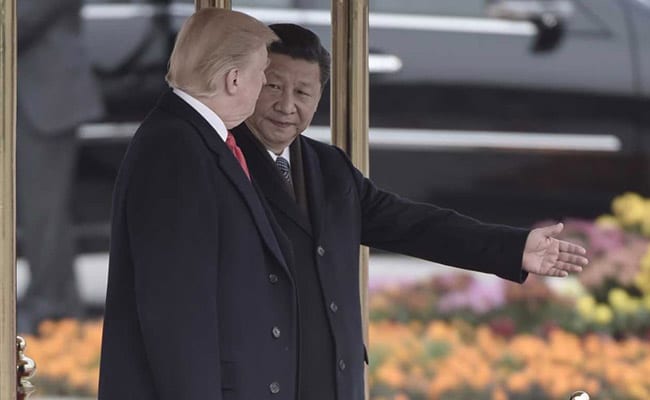 Boao, China: Chinese state researchers and media have talked down the likely impact of US trade measures on the world's second largest economy and described the Trump administration's posturing on trade as the product of an "anxiety disorder".

The comments from various government advisers came as US President Donald Trump predicted on Sunday that China would make concessions in the face of rising trade tensions, though China has vowed to not back down in any trade war.

The various statements referred to the trade spat between the world's two largest economies as Washington's reaction to China's fast economic growth.

On Monday, a researcher with China's state planning agency said China's economy will see little impact from the trade dispute, as the country's vast domestic market can compensate for any external impact.

"As China's economy is stable and improving...the China-US trade friction will impact our economy, but the impact will be limited," Wang Changlin, a researcher at the National Development and Reform Commission, wrote in a post on the commission's official microblog account.

Even with the US tariffs, China can still reach its 2018 GDP growth target of around 6.5 percent and the impact on employment will be limited, Wang wrote.

Fan Gang, an influential economist and adviser to China's central bank, on Sunday flagged the possibility of a US trade war as the US economy faces pressure from China's rapid development.

The Chinese Communist Party's official newspaper on Monday described US trade policies as a populist tilt by Trump ahead of the US mid-term elections but that the steps would ultimately end up hurting US households through higher consumer prices.

"In the world's perception, the US is overshadowed by an anxiety disorder and is very keen to show its anxiety," the People's Daily said in a commentary Monday.

Focus this week will be on high level comments at the Boao Forum for Asia, an economic conference in Hainan province, with President Xi Jinping and International Monetary Fund Managing Director Christine Lagarde delivering speeches on Tuesday.

Discussion of the trade dispute also touched on the possibility of China leveraging its massive holdings of US government debt, which has been dubbed the "nuclear option".

Zhang Yuyan, a researcher at the Chinese Academy of Social Sciences, a government think-tank, said China was unlikely to sell off its holdings of US Treasury bonds as a tactic in its trade dispute with the United States.

"On whether China will reduce its foreign exchange reserves, how policymakers think, I don't know. I personally believe this possibility is very small," Zhang said on Sunday in Boao.

However, in separate comments, central bank adviser Fan on Monday said China should make better use of its capital reserves by investing in real assets, rather than US debt, reiterating a long-standing call from economists for China to diversify its holdings.

"We are a low income country, but we are a high wealth country...we should make better use of the capital. Rather than investing in US government debt, it's better to invest in some real assets," Fan said in Boao.

China held around $1.17 trillion of Treasuries as of the end of January, making it the largest of America's foreign creditors and the No. 2 overall owner of US government bonds after the Federal Reserve.

Promoted
Listen to the latest songs, only on JioSaavn.com
A Chinese vice finance minister said last week that China is a responsible investor of its foreign exchange reserves and that it follows market rules in investing its reserves.
© Thomson Reuters 2018